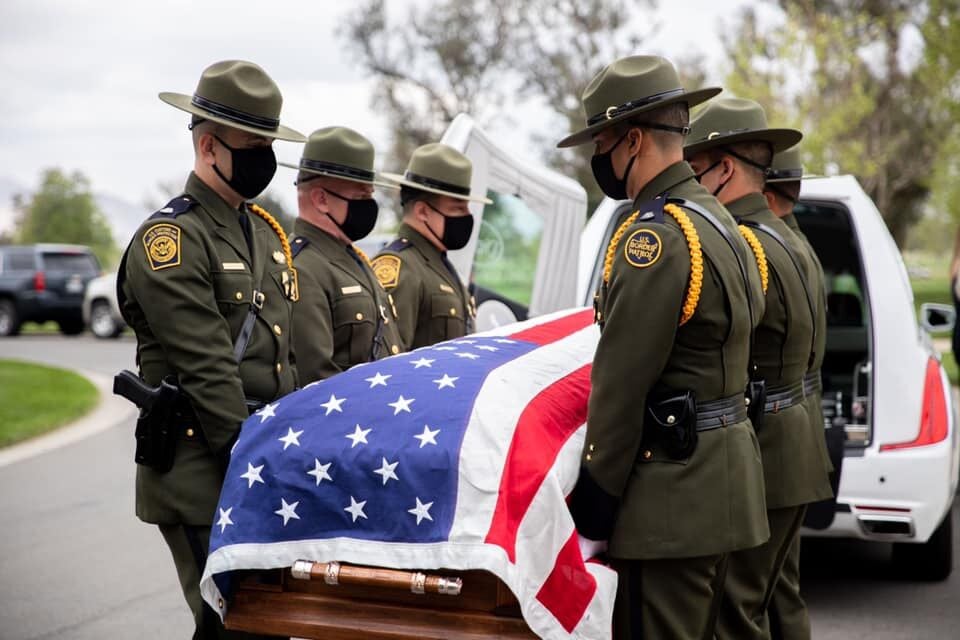 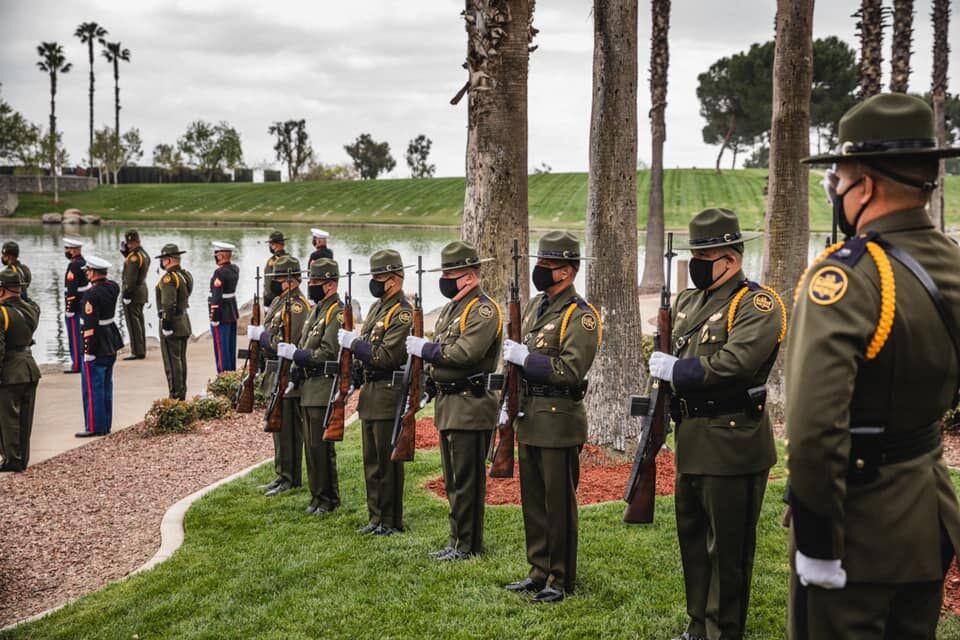 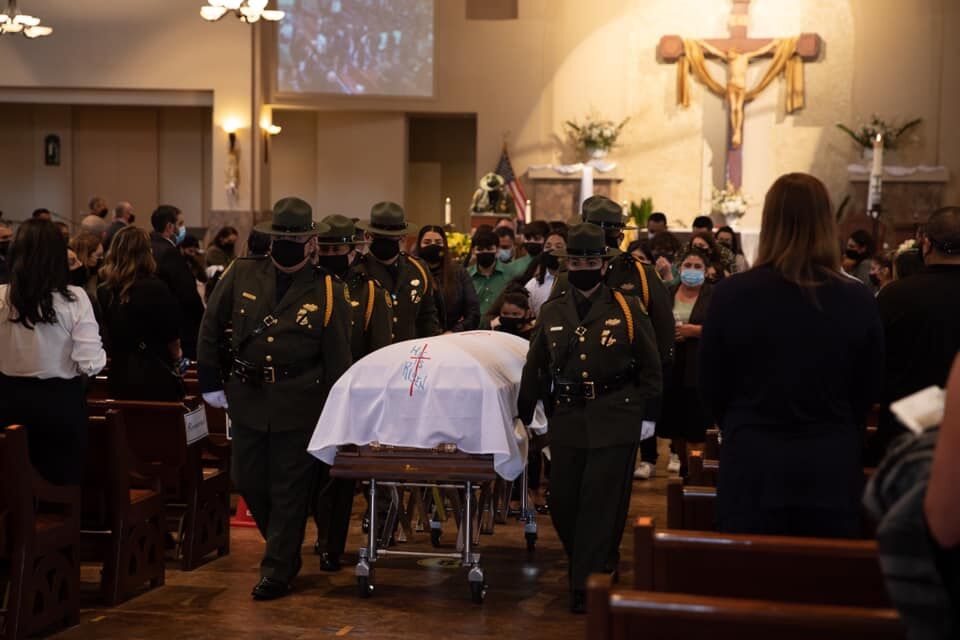 “Yesterday was a difficult day for El Centro Sector as we laid our brother to rest,” the El Centro Sector said on Facebook. “With heavy hearts we heard our dispatch call his star number, India-203, for a safety check one more time. A call he will no longer be able to answer. We watched his horse pass by without his rider, leaving behind indelible sadness, yet grateful for the opportunity to have worked alongside him.”

Flores-Bañuelos, 35, was responding to a report of an accident north of North Marina Drive at the time he was injured on March 15. He reportedly was assisting a 75-year-old woman in a Nissan Sentra when he and the Nissan were hit by a northbound Chevrolet.

He was transported by ambulance to Pioneers Memorial Hospital in Brawley, where he was pronounced dead by the hospital’s medical staff.

Flores-Bañuelos began his career with the U.S. Border Patrol 12 years ago. He also served in the U.S. Marine Corps.

He is survived by his mother, sisters, his expectant wife and three children.

A GoFundMe account started on behalf of the fallen agent’s widow and children has raised more than $93,000 to date.

“Thank you for your service and sacrifice,” the Facebook post concluded. “Rest in peace Border Patrol Agent Alejandro Flores-Bañuelos, we will hold the line from here.”