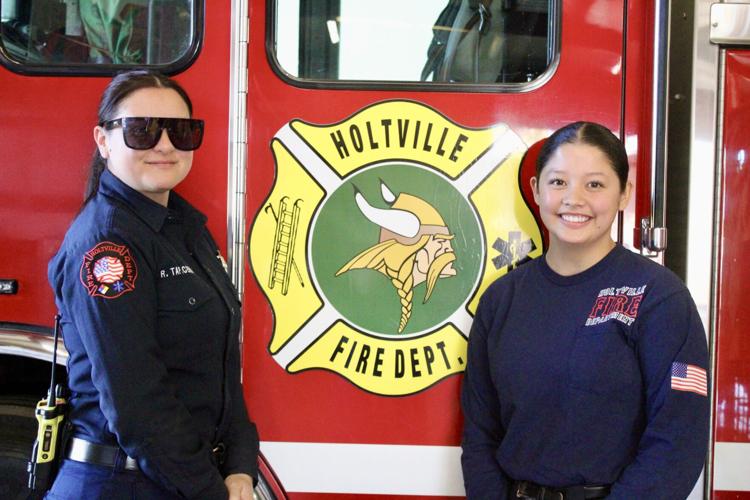 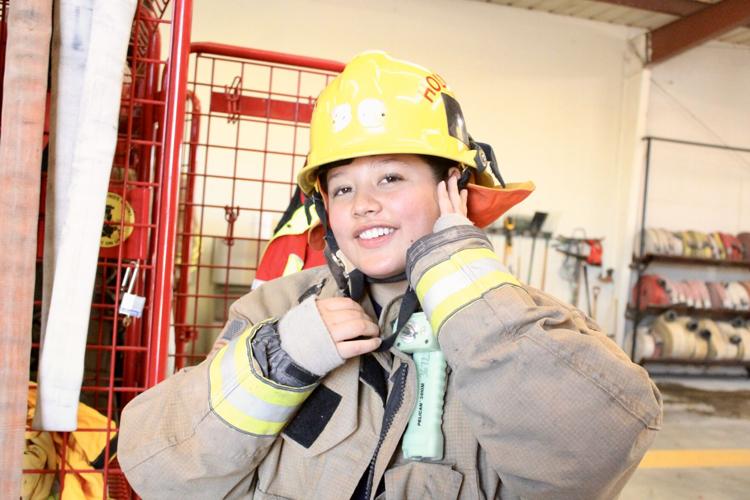 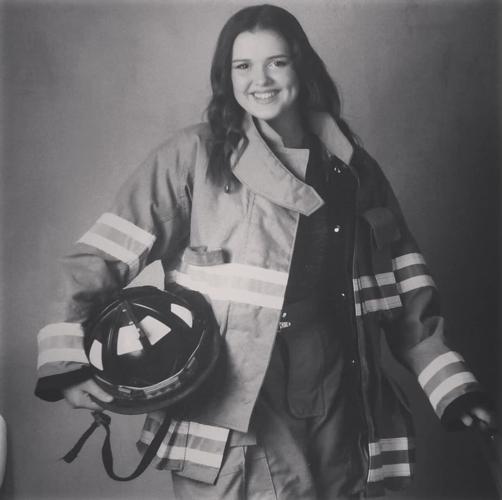 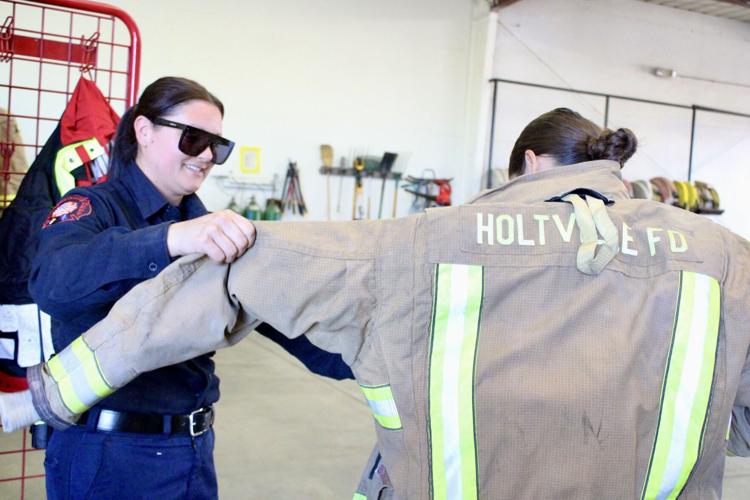 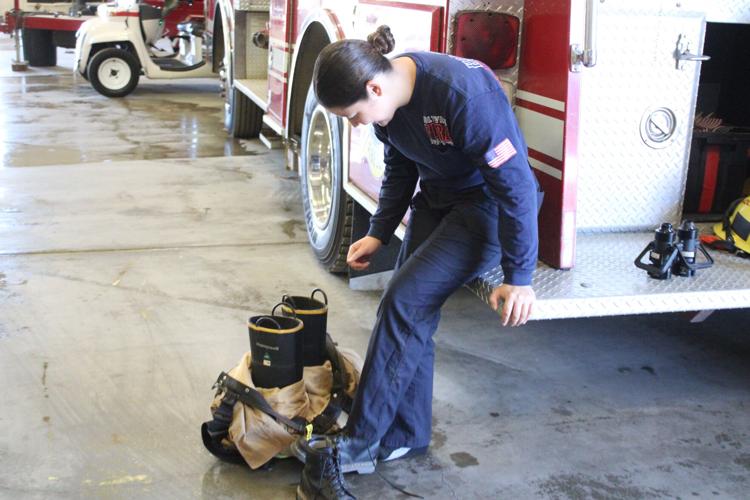 HOLTVILLE — Celebrating a historic moment for the city of Holtville, Holtville Fire Chief Alex Silva announced that Holtville has brought on two additional female firefighters to bring their total up to three.

In an interview with Silva on Nov. 28, Silva said that while the city has employed eight females previously, they never had the opportunity to have multiple female firefighters on staff at the same time.

These three women account for 16.7% of the 18-member fire department in Holtville, which is almost double the 9% national average of women firefighters, according to the National Fire Protection Association.

“This really increases our diversity," Silva said. "We’ve already had calls that if the girls weren’t there for, like a domestic violence call, we wouldn’t have been able to help with (it),” Silva said.

Ginnis said she is no stranger to firefighting, having come from a family of firefighters that stretches as back as far as her great-grandmother.

Twenty-year-old Ginnis is from Westmorland and she is a graduate of Imperial Valley College’s Fire Academy. Ginnis said she dreams of eventually becoming a fire marshal.

“I want to be a fire marshal, and be able to investigate fires … it’s something I have had in my head since I was in the eighth grade,” Ginnis said.

Velasco’s choice to volunteer is also a move to achieve her dreams, with her eyes are fixed on becoming a flight nurse, she said in an interview.

Velasco, the youngest of the three at 18 years old, said she though she grew up in Holtville she graduated from Southwest High School in El Centro this past June.

Velasco sad she is currently enrolled at Imperial Valley College, where she plans to get an Emergency Medical Treatment certificate, and eventually a degree, in nursing.

“I didn’t want a normal job, like at Jack in the Box or something … I wanted to get my feet wet in the medical industry," Velasco said, "and this has been a good start for me."

As the veteran Holtville firefighter of the female trio, Tapiceria said she has been with the City of Holtville for several years and works to create a certain level of comfort for young women to be able to come and work at for the fire department.

Fire Chief Silva said Tapiceria has gone above and beyond simply helping the other female firefighters.

“I know what it is like to be the only female in the department, so I want the girls to feel comfortable," Tapiceria said. "They are like younger sisters to me, so I want to see them happy,” she said.