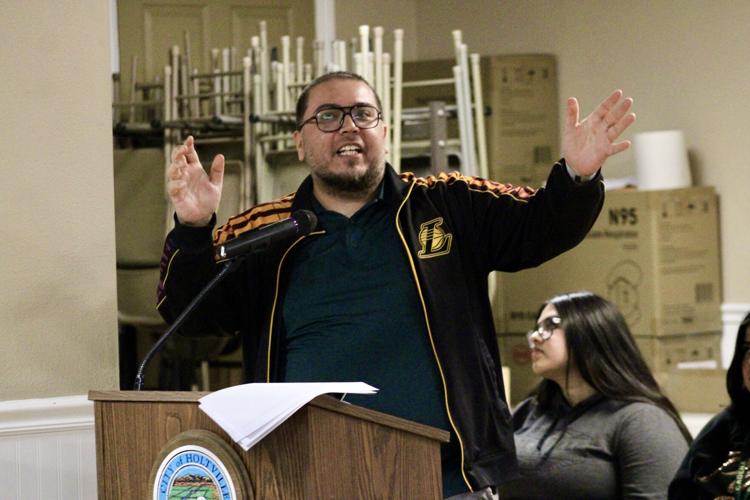 Holtville High School’art teacher Alfredo Guzman pitches the idea of a mural for the city during a Holtville City Council meeting, Monday, Nov. 28, in Holtville. 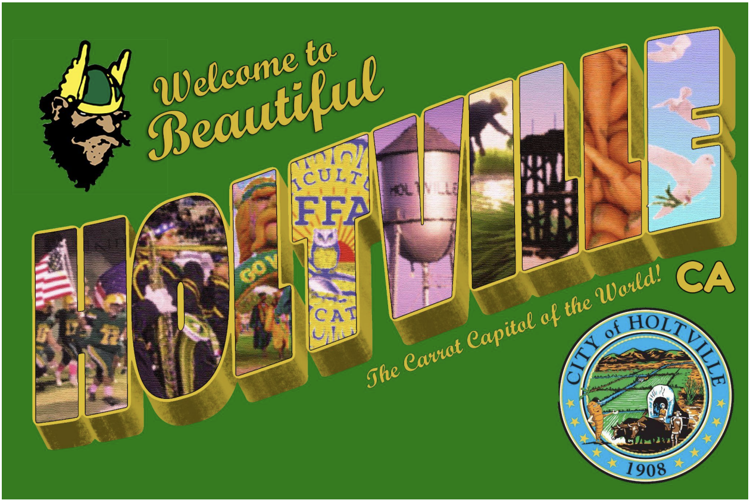 A mock up of the proposed "Welcome to Beautiful Holtville" mural. 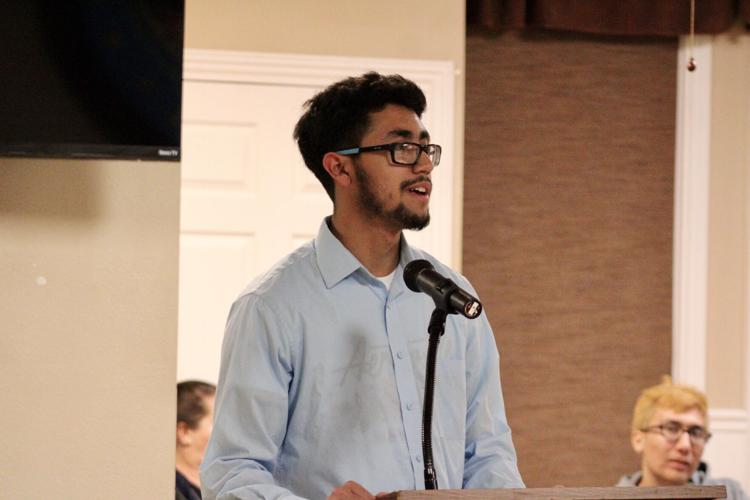 Holtville High School senior Bryan Villagomez, 17, one of the graphic designers for the "Welcome to Beautiful Holtville" mural, shares his views on the mural during the Holtville City Council meeting on Monday, Nov. 28, in Holtville. 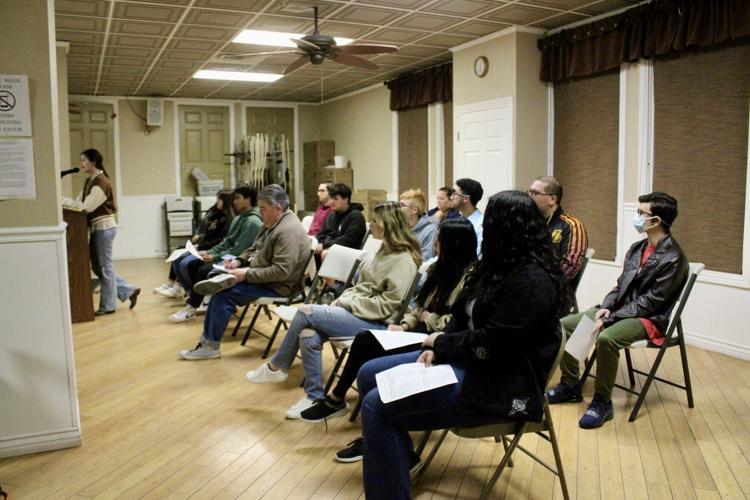 Holtville High School’art teacher Alfredo Guzman pitches the idea of a mural for the city during a Holtville City Council meeting, Monday, Nov. 28, in Holtville.

A mock up of the proposed "Welcome to Beautiful Holtville" mural.

Holtville High School senior Bryan Villagomez, 17, one of the graphic designers for the "Welcome to Beautiful Holtville" mural, shares his views on the mural during the Holtville City Council meeting on Monday, Nov. 28, in Holtville.

HOLTVILLE — The Holtville City Council voted unanimously to support a mural created by students at Holtville High School, in so long as they review the purposed location of the mural.

Students from Holtville High School’s Art Club, along with their academic advisor and art teacher Alfredo Guzman, attended the city council meeting on Monday, November 28 to ask for permission to create the large public art program on the southern wall of Parker View Barber Shop in downtown Holtville.

While the city council expressed support for the idea of the mural, the location chosen for the mural raised concerns for the success of the project.

“Who owns the empty lot next door?," Holtville City Manager Nick Wells said. "What do we do if the decide to develop that space? Stop them building? It would be a shame to allow them to cover the student’s hard work,” he said.

To remedy this situation, Wells offered to help Guzman get in contact with the property owner to find out whether the site is a viable option.

Additionally, the council offered alternative locations, including an aging mural located in the parking lot of the 7-11 convenience store at Pine Avenue and Fifth Street.

“That old mural is getting so faded you can barely see it,” said Holtville City Councilmember Mike Goodsell.

Guzman said that he was inspired to create the postcard like mural from similar murals in Calipatria and Brawley. Holtville's mural is to feature the phrase “Welcome to Beautiful Holtville: The Carrot Capital of the World!”

According to the design Guzman presented to the city council, the background is to be green with images of meaning for Holtville: the image of the Holtville water tower or Holtville High School football team.

“(The art club) just wants the mural to be a bright, ‘Hi! Welcome to Holtville,’ (to be seen) as soon as they come into town,” Corral said.

Guzman said the entire mural project is estimated to cost around $5,000, with half going towards supplies and the other half going to a professional artist, preferably one who has ties to the city of Holtville.

While the artist may not be known yet, Guzman was able to provide a rough timeline for the project, which included materials being purchased in December, construction of the mural in January 2023, and the mural being debuted as part of the Carrot Carnival on February 3 of next year.

Funding for the mural has yet to be secured, though Corral said that the art club will be selling t-shirts to help raise the funds.

“We hope to get people more involved in the community and get positive attention for art," Guzman said.

"... for the kids to work toward something and see that they can participate in a public spaces, and that public spaces can also be turned into something that's meaningful,” he said.