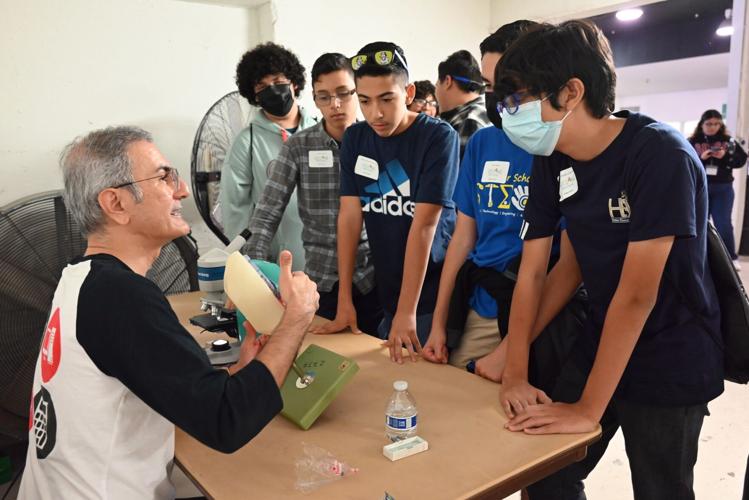 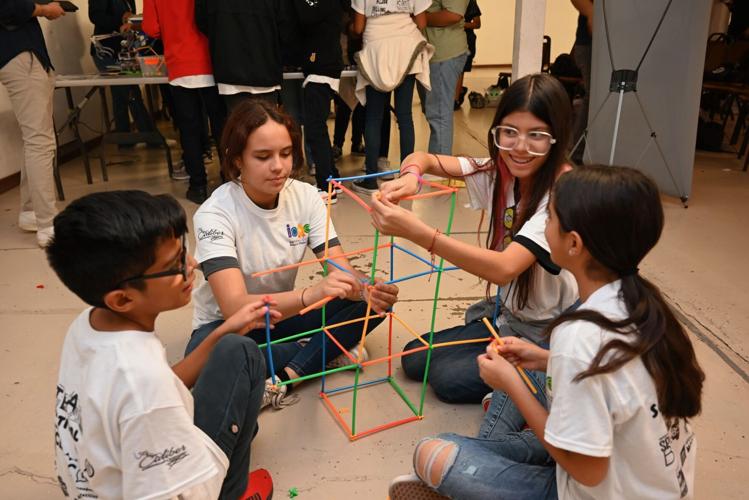 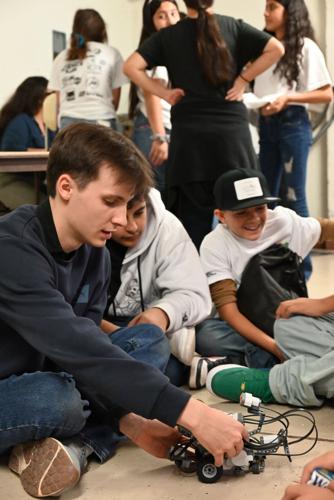 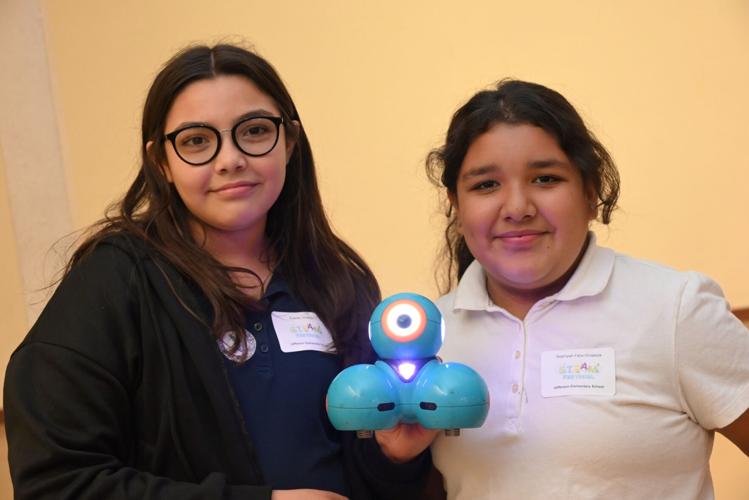 IMPERIAL – About 200 students came together for the annual 2022 STEAM Festival hosted by the Imperial County Office of Education, held at Tuesday, November 8, at the Casa de Mañana Building at the California Mid-Winter Fairgrounds in Imperial.

Michael Garcia, ICOE Academic Student Events Coordinator and second year STEAM Festival event coordinator, said the 2022 version of the event had six presenters from around the Imperial Valley in the STEAM fields of work or study join together “to give presentations at their given stations.”

“The purpose of the program was to expose students to STEAM (Science, Technology, Engineering, Art, and Mathematics) education and develop a connection to the community,” Garcia said, “so we were really seeking presenters who either work or present in their (respective) fields, or in the case of FFA, are learning, so they can share that knowledge of what STEAM can look like here.”

“UC Farm Smart made ice cream – the students really enjoyed making it and eating it – IVC STEM Club brought a few robots along, El Garage Hub as well, and they had a 3D printer,” Garcia said. “It was just to have fun engaging in STEAM learning and have fun learning about potential careers too.”

“Thank you to everyone who helped support the program, the presenters, all the students that came out to have a great time, and all the staff at ICOE,” Garcia said.

“It was a good event, a good team effort and we had a lot of fun,” he said.

Considerable clouds this evening. Some decrease in clouds late. Low 51F. Winds W at 10 to 20 mph.

Except for a few afternoon clouds, mainly sunny. High around 70F. Winds WNW at 10 to 15 mph.