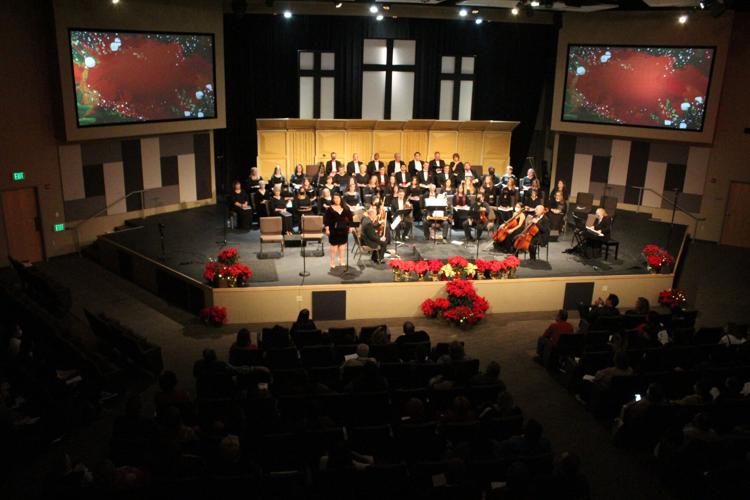 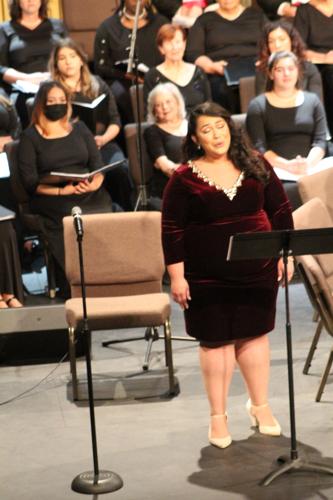 RIGHT: Lyric Soprano and Brawley native Esther Renee Rayo will be performing as a special guest soloist on A Festival of Christmas to be presented by Imperial Valley Choral Society and Imperial Valley College, Dec. 3, at Christ Community Church in El Centro. PHOTO COURTESY ELIZABETH HAMBY

RIGHT: Lyric Soprano and Brawley native Esther Renee Rayo will be performing as a special guest soloist on A Festival of Christmas to be presented by Imperial Valley Choral Society and Imperial Valley College, Dec. 3, at Christ Community Church in El Centro. PHOTO COURTESY ELIZABETH HAMBY

The annual Christmas concert brings together the IVCS – more regularly known as the Imperial Valley Master Chorale (IVMC) – with High School Honor Choirs from Imperial and Central Union high schools, as well as local musicians from the Imperial Valley String Ensemble. In addition, accomplished lyric soprano and Brawley native, Esther Renee Rayo, will be featured once again as a solo singer with the ensembles.

Rayo will be performing selections from “Handel’s Messiah” with the Master Chorale and String Ensemble, “Ave Maria,” and “O Holy Night.”

“It’s a great way to start the Christmas season, listening and seeing the carols of Christmas, the orchestra, and the choirs do a wonderful job of bringing this spirit to everybody,” said Denny Lang, IVMC conductor and artistic director.

“This year we are combining our efforts with students from Central High School and we’ll be participating both with the chorale,” Scott said.

“We’ll be doing ‘Carol the Bells’ and a piece called ‘Never Ending Peace,’ those will be sort of our featured pieces,” he said.

Scott said that his Imperial students are excited to participate with IVMC with Rayo.

According to Lang, Rayo has been speaking to local students about how she decided to go into singing.

The program will also include a Christmas Carol Sing-Along where the audience can join the performers with season-classic tunes.

“We are going to have a lot of music,” Lang said. “In the past people have loved Christmas music,” he said.

The ‘A Festival of Christmas’ concert will be held on Thursday, December 1, at 7 p.m. at Christ Community Church. Admission is free for children Kindergarten-aged to 12 years old. There is an admission fee for anyone 13 years of age or older. Christ Community Church is located at 572 W. Orange Avenue in El Centro.