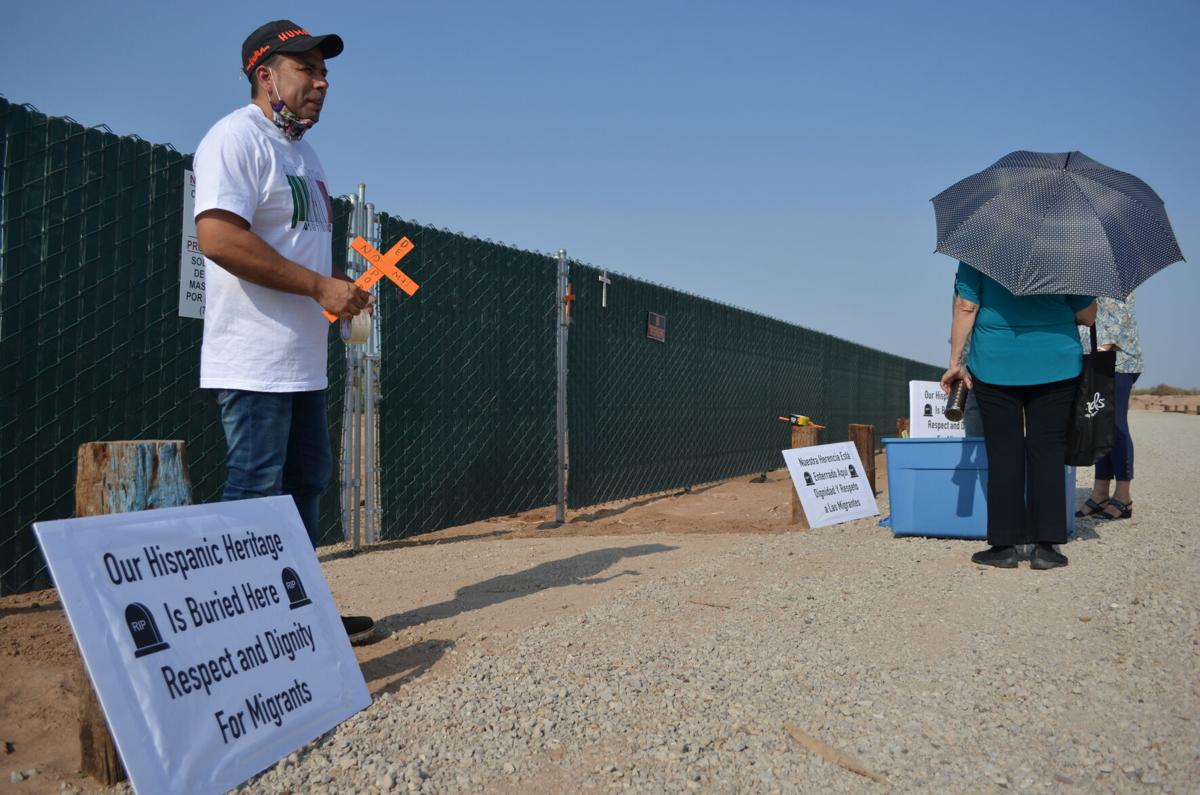 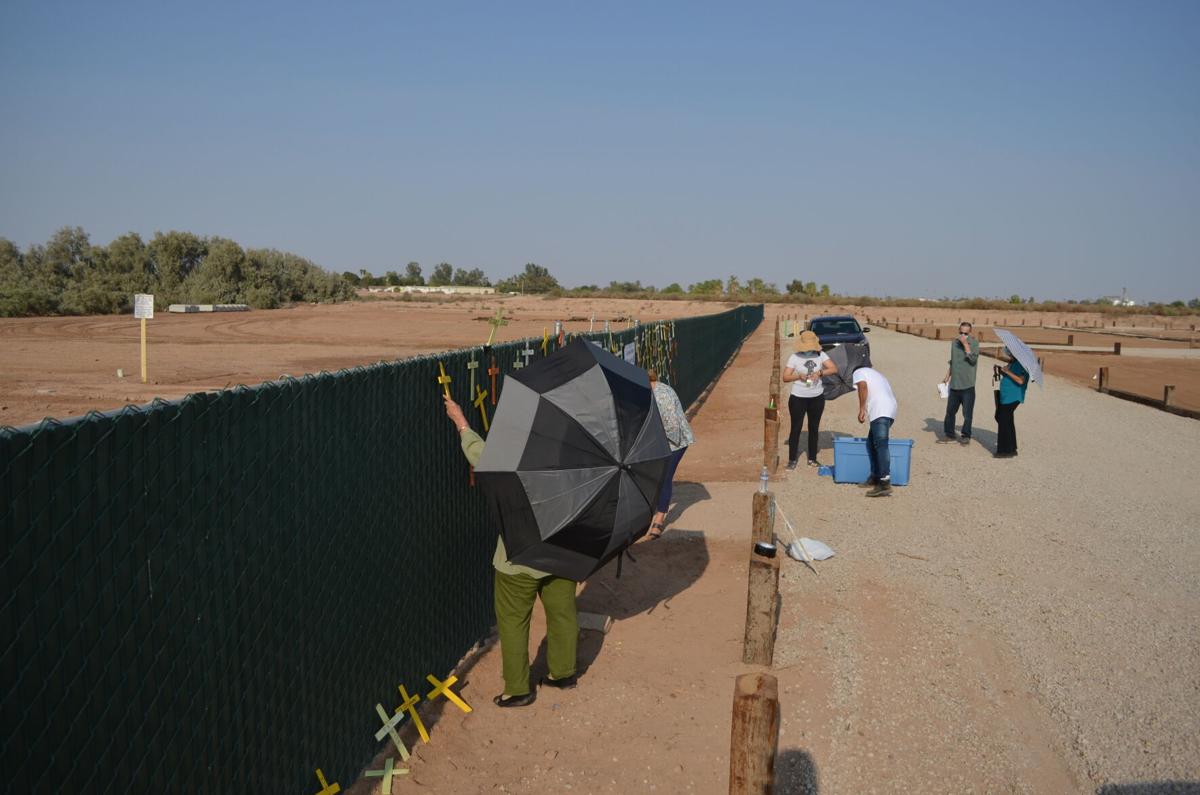 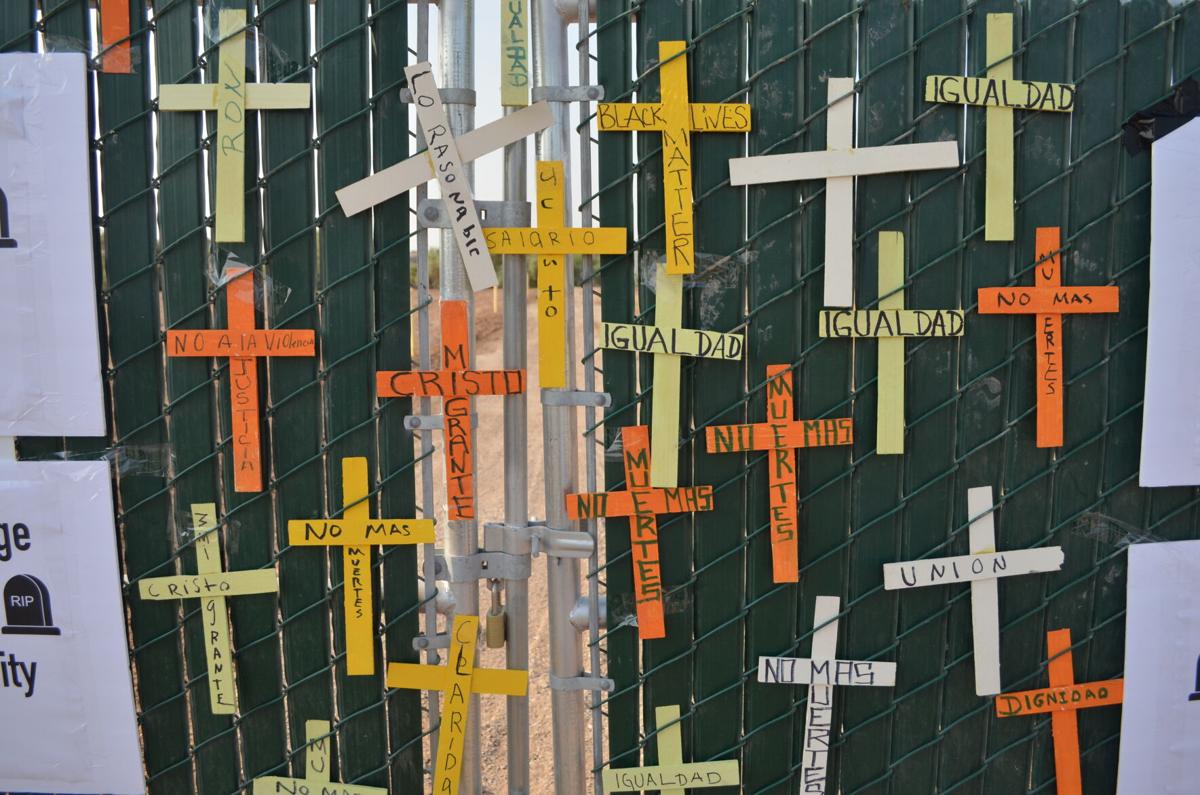 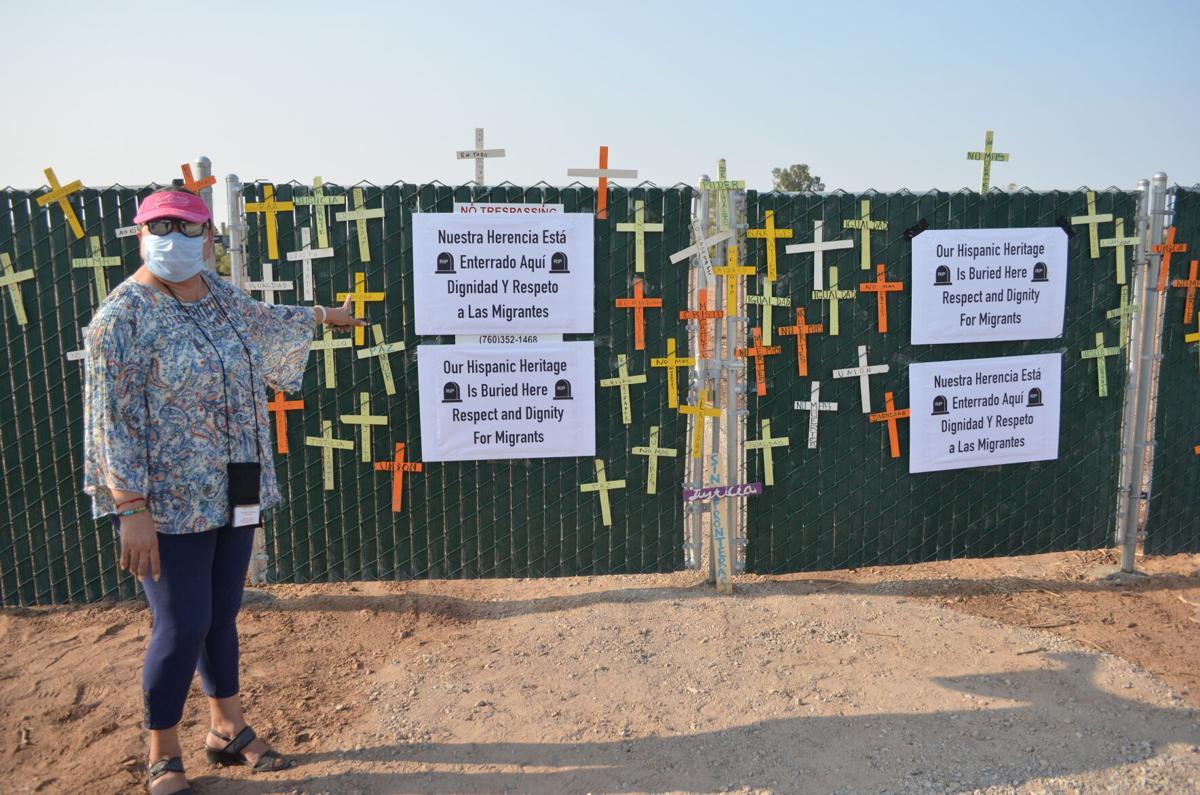 Gloria Romo, local public health advocate, on Tuesday said she was saddened to know that many of those buried at the Holtville cemetery were Latin Americans who came in search of a better life.  PHOTO JULIO MORALES

The gathering coincided with the start of Hispanic Heritage Month and the commemoration of five Latin American countries’ Independence Day, including Honduras, Guatemala, El Salvador, Costa Rica and Nicaragua.

The event was hosted by the Coalition for Humane Immigrant Rights (CHIRLA) and Migrant Child Watch.

Currently, the county Public Administrator's Office, which manages indigent burials, has plans to provide services to eight unidentified decedents who are believed to be Mexican immigrants, the agency reported.

This federal fiscal year, the deaths of 16 migrants have been reported, the El Centro Sector Border Patrol reported. A total of 17 deaths were reported the previous fiscal year, the agency stated.

Authorities are often able to identify decedents believed to be immigrants.

Staff Writer Julio Morales can be reached at jmorales@ivpressonline.com or 760-337-3415.

This Week in Pictures: October 2-8

This Week in Pictures: September 25-October 1