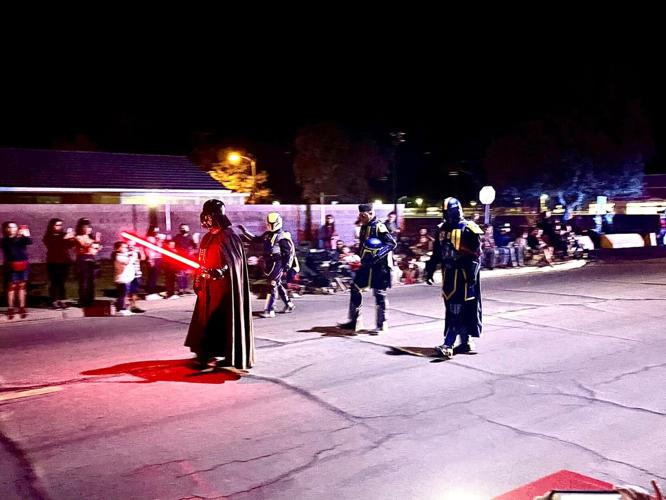 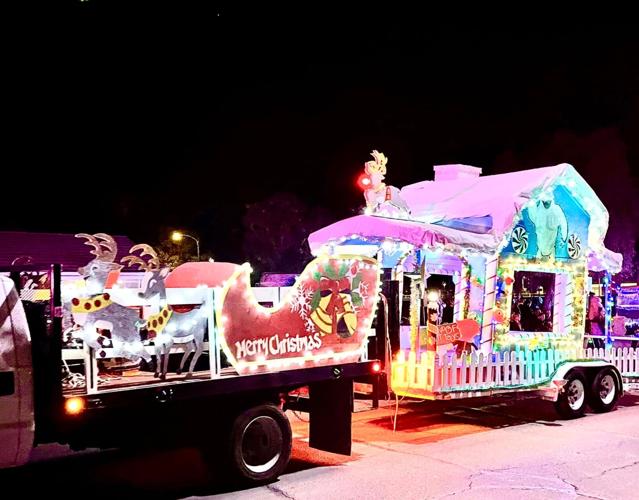 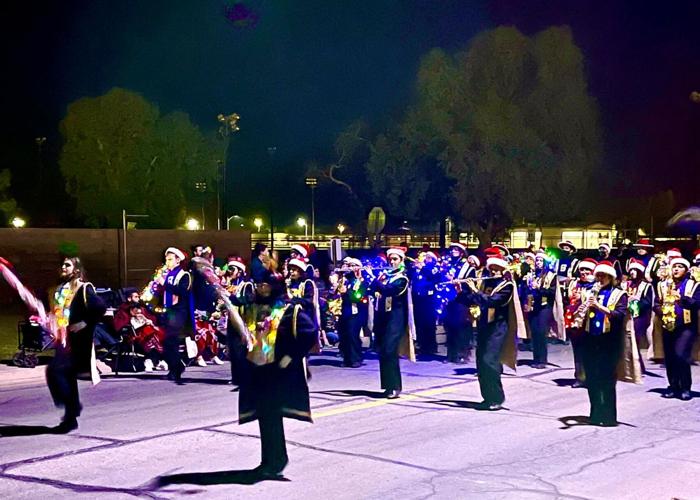 NAF EL CENTRO – Prior to other Christmas parades around the Imperial Valley, the Naval Air Facility El Centro will be the first parade to kick off the Christmas season with its annual Holiday Parade of Lights, on Friday, December 2, starting at 7 p.m. on the installation.

“The Navy base invites all of its Imperial Valley friends and neighbors to join the Sailors and their families on the installation for this seasonal start of which has [more than thirty parade] floats and marching groups scheduled to move down the base,” according to a NAFEC press release.

“It started back in the early 1990s (and) it’s been a fairly regular holiday tradition,” Haugh said. “Last year we were happy to finally bring it back.”

“It started like a little family affair and grew into what we have today. It used to be maybe only five or six floats and now we have over 30 floats; what was a couple 100 people is now over 2,000 people,” he said.

Haugh said NAF entries bookend the parade, starting it off with the NAF Color Guard and ending with the Santa Claus, who will be riding a float designed by Chief Petty Officers Association.

The rest of the parade entries are local entities, invited to be part of the parade by NAF EC as the parade is “one of the two times a year we open the base … and they really enjoy coming on and being part of our NAF family,” Haugh said.

Haugh said there were 1,800 total parade participants last year, and “this year we’re hoping to break the 2,000 barrier.”

“We do it every year so it’s just become habit,” said Candyce Zavala, parade coordinator and Fleet and Family Support Office Director.

“It’s great getting out there and talking to the different people in the community and getting them involved. It’s so rewarding,” she said.

Zavala said a new entry for NAF’s Holiday Parade of Lights will be Liberty Military Housing, the on-base organization which provides housing for the sailors and their families.

The closest Christmas events so far this year will be the City of El Centro’s Christmas Tree Lighting & Street Fair, starting the same Friday but at 5 p.m., while the NAFEC Holiday Parade of Lights begins at 7 p.m.

Will this may be cutting it close for the NAFEC parade participants, who are encouraged to enter the base as early as 5:30 p.m. according to the release, Haugh said NAFEC works well with its neighboring events in El Centro and throughout the Valley to schedule their annual Holiday Parade of Lights at a time that’s not prime for other local events.

Naval Air Facility El Centro gates open to the public at 6 p.m., according to the release. Zavala also said the parade still has more room for entries, and those interested should contact Candyce Zavala by email at Candyce.r.zavala@us.navy.mil or by phone at (760) 339-2482.

“We are accepting entry forms until Thursday morning,” Zavala said.

Due to Navy-wide protocols, all drivers must be prepared to show their driver’s license, vehicle registration, and proof of insurance at the front gate, according to the release. Additionally, all adult passengers should be ready to present their state or government issued identification or passport upon entry.

“Furthermore, all vehicles and visitors attending the 2022 Parade of Lights are subject to searches at any time during their visit,” the release reads. “Declining a search of vehicles or persons will result in denial of base access.”

Haugh added no illegal substances are not allowed on base, including legal substances such as marijuana or alcohol, in addition “drones, hoverboards, firearms, or weapons of any type.”

Snacks will be on sale during the parade for purchase by credit or debit card only, he said.

“We want them to come out and have a good time,” he said.