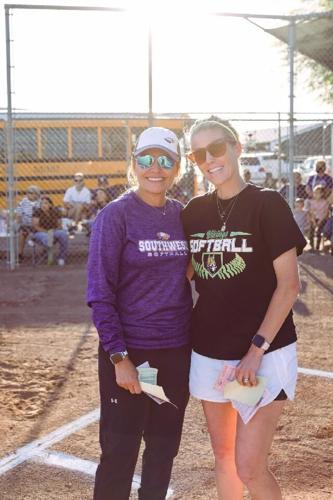 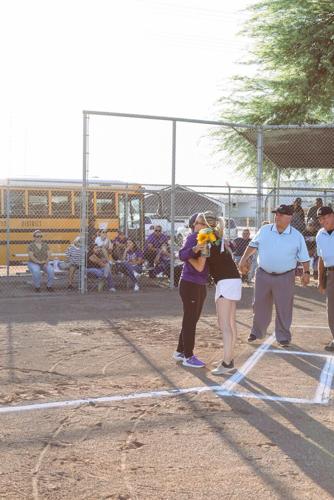 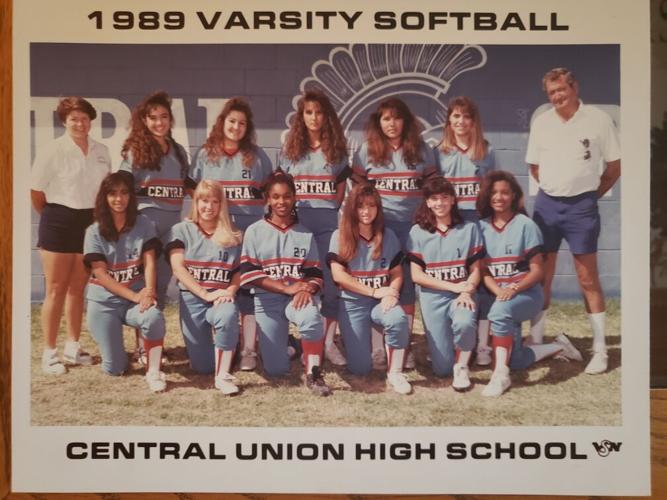 Stephanie Niebla #7 in back row next to Coach Low.  COURTESY PHOTO

Stephanie Niebla #7 in back row next to Coach Low.  COURTESY PHOTO

EL CENTRO--Back in May at Southwest High's final softball game of the 2022 season, Eagles coach Stephanie Niebla shook hands before the game at home plate with Holtville coach Melissa Snyder.

While the handshake, then a hug, may well have been traditional between two coaches, it took on additional meaning as Niebla and Snyder are two branches from what is just one of the Valley’s many “coaching trees.”

While it was Niebla’s last game as Southwest coach after stepping down from her second tenure as Eagles coach, the decision had nothing to do with her love of coaching or softball.

“This is a nice time to walk away for many reasons, most of them are personal, and it just felt right,” Niebla said at the time.

The coaching tree sprouted a new branch during Niebla’s first tenure as Southwest coach when Snyder (then Lerno) pitched for four seasons for the Eagles, driving them to two CIF-San Diego Section title games.

Snyder also was caught up in the moment.

“I love how our relationship has built … she was my coach, my mentor and we have gone through a lot together,” Snyder said. “But I love the relationship we have on the other side of all that now.”

“I had my Mom and Steph, the two people who influenced me when I was a teenager to become a coach,” Snyder said. “They inspired me, they showed me you get to do what you love and have time with your family.”

The relationship between the two coaches is an interesting story as it also connects yet other coaches who are the roots of this particular coaching tree.

Those roots come from Central softball coaches Sandy (Montalvo) Noujaim and the late Otto Lowe, who in the late 1980’s coached a Spartan outfielder, Stephanie Escalera.

“I played for Sandy and Otto and they were my biggest mentors,” Niebla said. “Otto would be at all my games when I started coaching and he would leave me notes after the game … he was a tough coach but kept it real. I just loved him.”

Lowe coached numerous boys' sports over a storied career at Central and influenced Niebla. Meanwhile, Noujaim would prove to be not just a role model but the template of the road that Niebla would travel.

“It was my junior year and I decided I wanted to be a coach and she told me teaching came with it, so I became a teacher,” Niebla said. “I loved her whole job … and I love my job and that’s why I’m still teaching.”

It was a different landscape when Noujaim came to coach at Central in the late 1980’s, a time when coaches were on the teaching staff for what she believes is a good reason.

“Back in those days there were not the walk-on coaches that there are now with walk-ons currently being the majority coaches,” said Noujaim, who spent time as Central athletic director before retiring.

”I firmly believe that coaching is an extension of teaching and  when you take classes in college and learn how to teach you are a better coach … and Stephanie has proven that, she’s an excellent teacher and has expanded that on to the field,” she said.

Whether the “tree” will grow more branches, it appears to be in good hands with Snyder who is already applying the lessons she’s learned to the classroom and the field.

“Like coach (Niebla), I’m teaching PE and it's a more positive situation and you deal with all kinds of kids and it's not super structured so you can develop relationships,” Snyder said. “She always told me that coaching was relational so I do that too. You get more out of players when they trust you … when they know you have their backs.”

Partly cloudy. A stray shower or thunderstorm is possible. High around 105F. Winds SE at 5 to 10 mph.

A few clouds. A stray shower or thunderstorm is possible. Low 84F. Winds SSE at 5 to 10 mph.

Partly cloudy. A stray shower or thunderstorm is possible. High 104F. Winds SE at 5 to 10 mph.