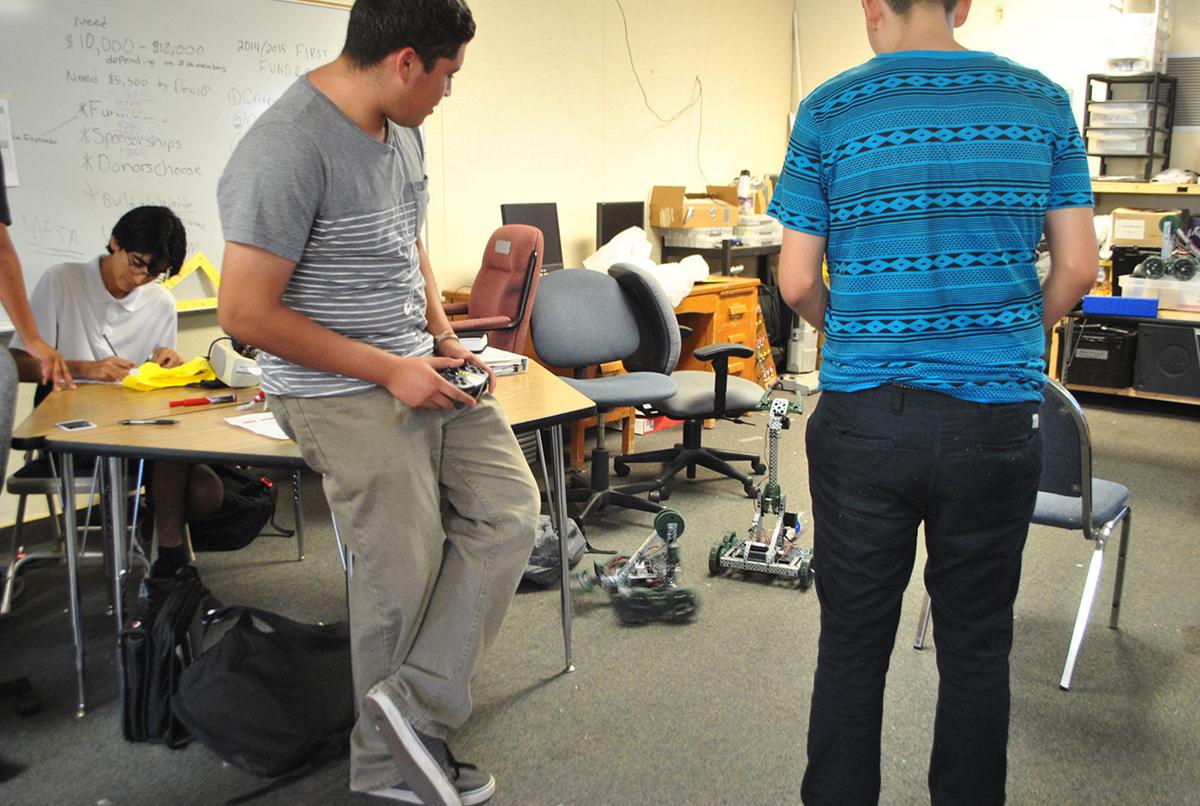 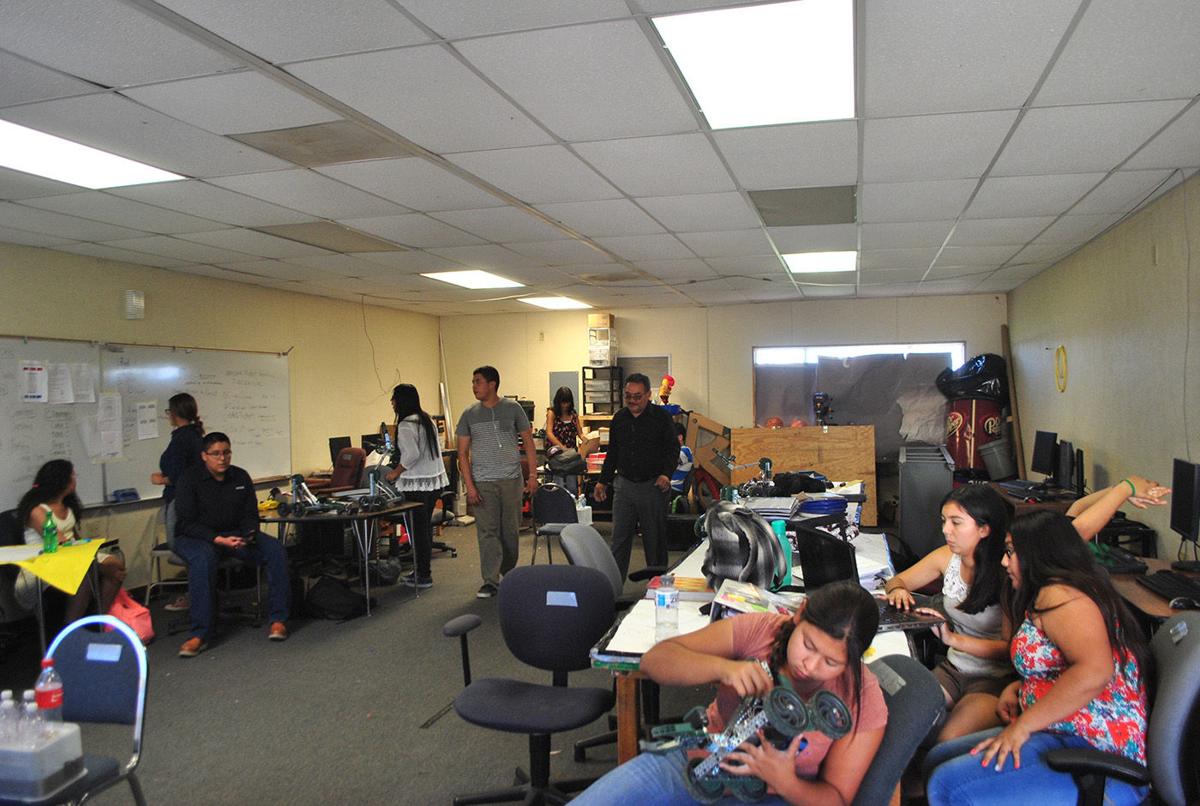 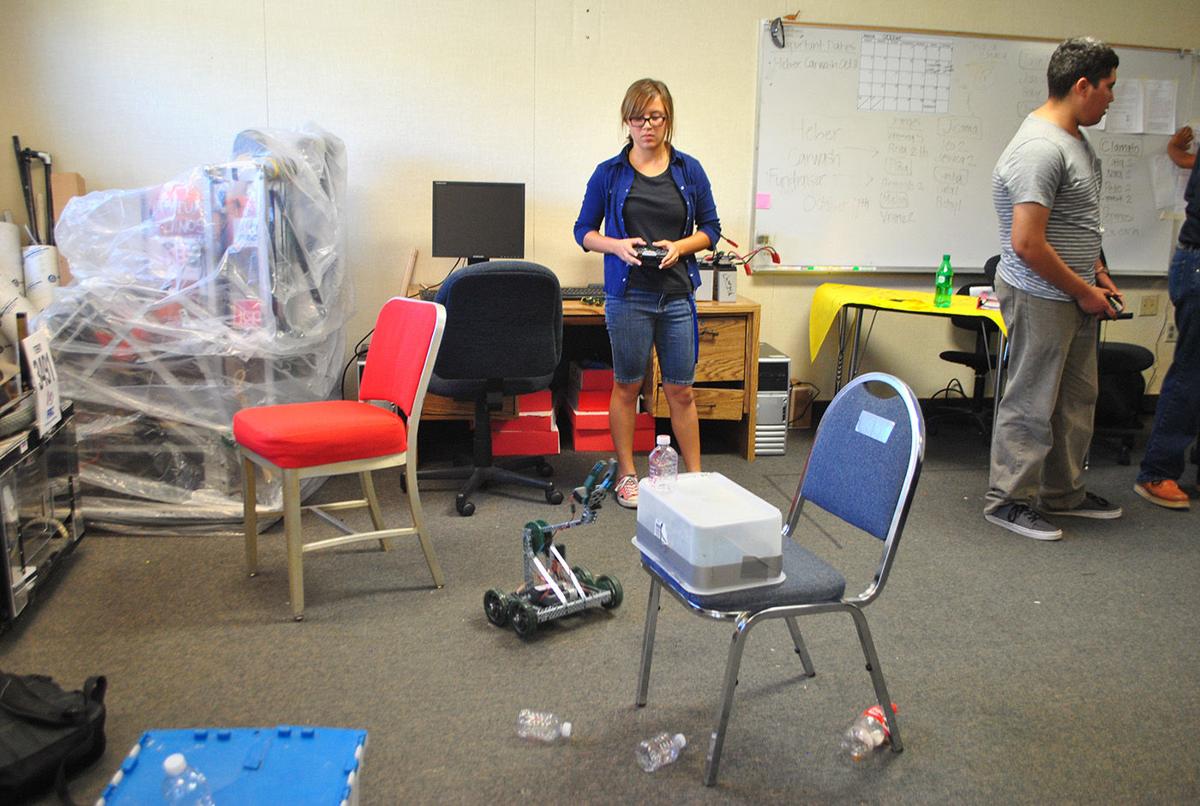 It’s a surprise that Holtville High School, a school with less than 500 students, has a robotics club. Compared to other schools Holtville isn’t much, in size, but clearly has students of prowess if the Robotics program has been running smoothly for the past three years now.

Robotics has been a well-respected club of Holtville High School. Robotics is a club designed to introduce members to mechanical engineering and even create a robot of their own. Robots in the past built by the HHS Robotics Club have done things such as throwing a frisbee the furthest, or through a target for the competition the Robotics club concentrates their efforts on participating in. Although, members aren’t the only ones who can participate in the club, a class was created to allow students to participate in it as well, without taking their personal time.

A class was designed, specifically for robotics, to introduce students to the club, and hopefully expand involvement in the club, Margarito Huerta, the club advisor and teacher said, “It is the first year that this club has officially become a class, and so far, it has been going quite well.” The class has grabbed the attention of several students and has increased the amount of club members greatly.

Student, Catalina Vitela said, “Robotics is fun. We get to work in a lot of projects and go to trips,” and Jessica Muniz another robotics student said “We get to spend time with our friends doing fun projects”. It’s very popular with many students, and it’s also seen as a creative outlet, by a lot of people. Mr. Guzman, the art teacher, chimed in by saying, “Yes, it allows students and opportunity they probably wouldn’t have at other high schools, it’s super cool. I’m a big fan of it, I mean, their mascot is a robot-dinosaur.” Students agree as well, Maritza Bernabe, HHS senior said, “Yea, I think the kids that have the drive to want to create new things now have an opportunity to take that class, instead of having less time to participate after school.”

Robotics Students Jessica Muniz, Betsy Gomez, and Fernanda Reyes were winners of an in class group assignment competition. All three agreed, “It was kind of a complicated but at the end we got the victory. It took a lot of time and teamwork to complete our robot.”