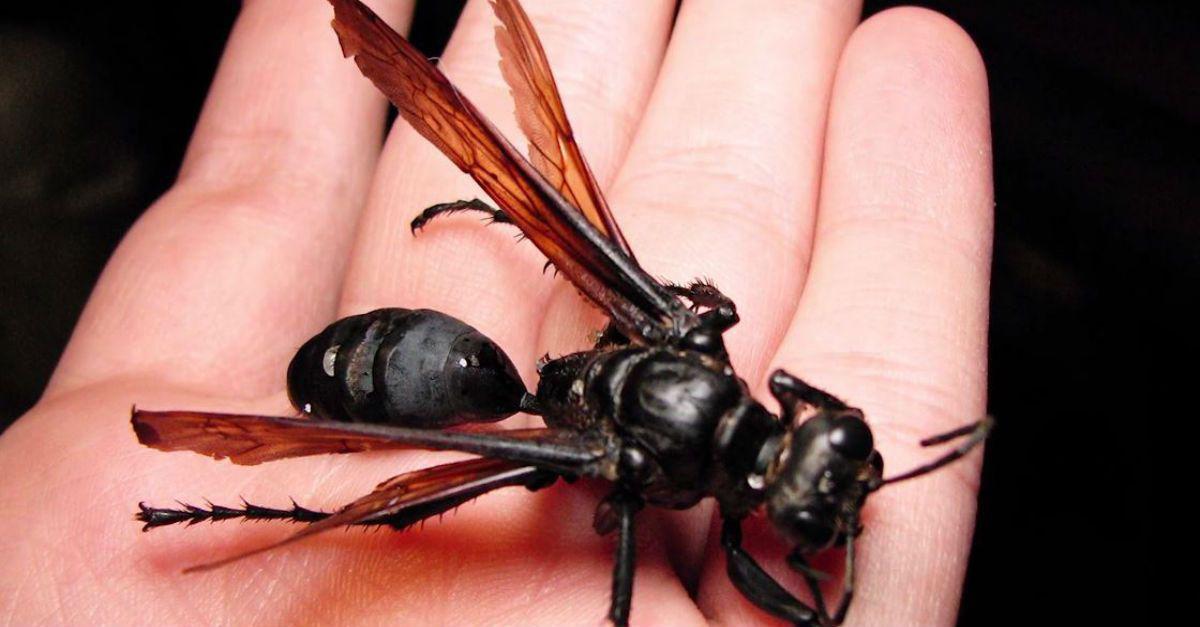 A tarantula wasp in the hand, for scale. COURTESY PHOTO 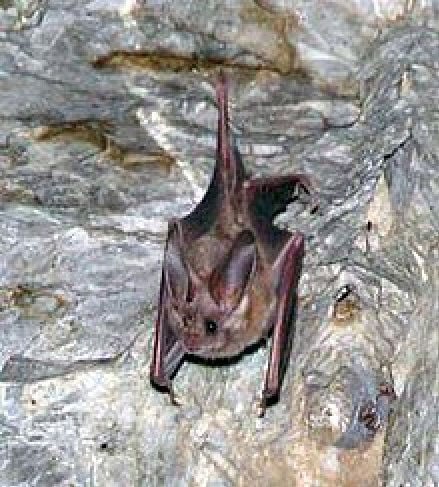 A California leaf-nosed bat resting in its cave. COURTESY PHOTO 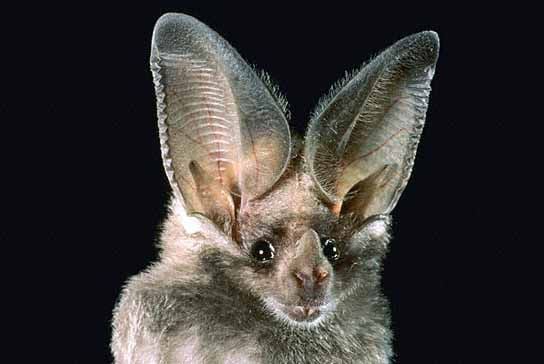 The symmetry of a California leaf-nosed bat’s face. COURTESY PHOTO 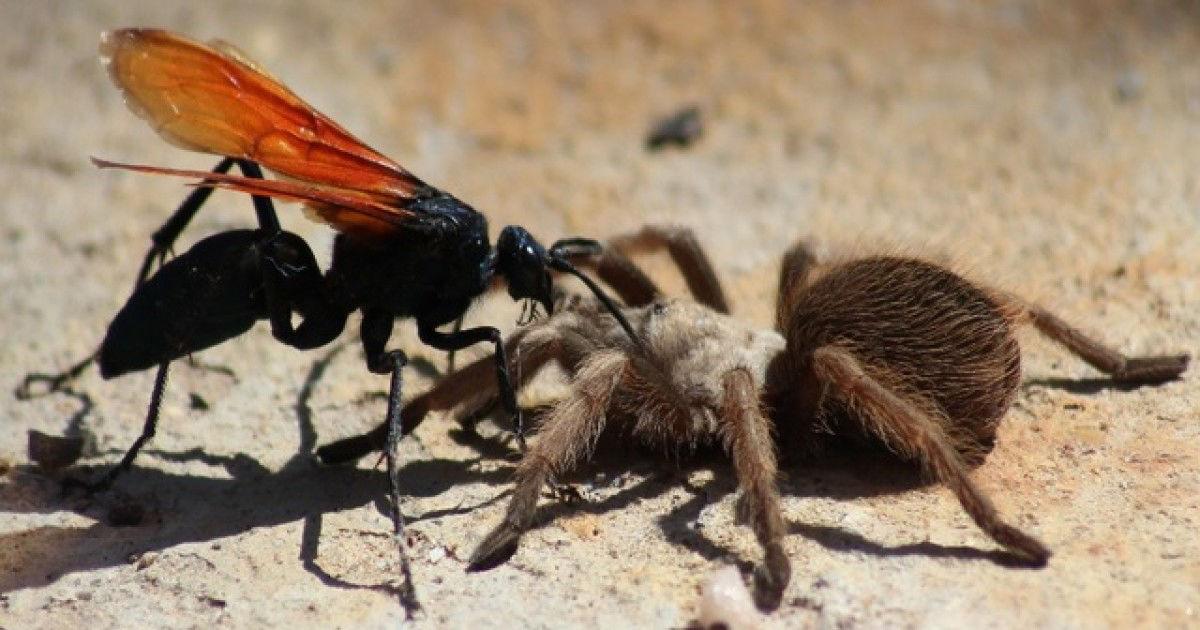 A tarantula wasp in the hand, for scale. COURTESY PHOTO

A California leaf-nosed bat resting in its cave. COURTESY PHOTO

The symmetry of a California leaf-nosed bat’s face. COURTESY PHOTO

Out in the deserts of Southern California, creepy critters do not just stick to the ground but also the air! There are a variety of flying creatures out and about in our desert. Two of the flying creatures that stand out above the rest are the California leaf-nosed bat and the tarantula hawk wasp. Although completely different from each other, these two critters both share one common quality: They are uniquely suited with amazing abilities and adaptations to survive even the harshest environments.

The tarantula hawk wasp (Pepsini), is one of the fiercest flying insects you will ever find. Its sting is rated at the second most painful sting of any insect. Between males and females of the species, the stinger of a female tarantula wasp is a massive 1/3 inch long. Thankfully, people typically do not worry about getting stung by the tarantula hawk wasp: like most creatures, they don’t bother people as long as they aren’t bothered. If someone were to get stung, the pain lasts around 3 minutes and is not lethal.

They can live anywhere from Asia, Australia, to Southern United States, among other places. What all of these locations have in common is another desert species: the tarantula. The tarantula wasp can and will live anywhere where tarantulas are present. The tarantula hawks will incapacitate the spider with its stinger before carrying the still-living creature back to its home. Tarantula wasps will then use the tarantulas as a living host for the offspring, laying its eggs on the body and then leaving the babies to grow and eat it from the inside out! Adult tarantula hawks only eat flowers, pollen and juice from berries.

Tarantula hawks aren’t very big in comparison to other critters coming in at 2.5 inches, but it is one of the largest wasps out there! This wasp likes to fly low to the ground in search of spiders, or to be more exact tarantulas. They are most active in the summer days, but try to avoid extreme heat. Its home usually consists of naturally occurring cavities or the burrows of other animals.

The California leaf-nosed bat (macotus californicus), can live anywhere from northern Mexico to southern Nevada. There are great numbers of this bat along the Colorado River; however their numbers in the desert have been declining because of human disturbance. This bat species resides in caves and abandoned mines in deserts of southwest North America. These places are often geothermally heated and make ideal roosts that provide additional warmth in the winter.

The California leaf-nosed bat has short, wide wings, huge ears and eyes, but the most interesting fact about their appearance is that both their left and right sides are perfectly symmetrical. Their average wingspan is between 33 to 35 centimeters and their average mass is between 8 and 17 grams, making it a medium-sized bat.

California leaf-nosed bats are strange in how they are active. They are active year-round: hibernation is not an option. Secondly, these bats don’t migrate; they will stay in the same area throughout their whole lifetime if possible. Like most bats, they are also nocturnal, and when they come out from their caves, they do so 90 to 120 minutes after sunset during the summer. When it’s time for them to go back home they come back exactly one hour before sunrise.

Bats of this species are insectivores, meaning they will only eat insects. To hunt, the California leaf-nosed bat will use its unusual hovering ability to search for and capture them. Another ability they use is their keen sense of vision when there is enough light instead of using echolocation. When they hunt, they will stay within 1.3-kilometer radius from their roost. The California leaf-nosed bats play an important role in keeping insect populations under control.

Both the California leaf-nosed bat and tarantula hawk wasp are extremely interesting critters. They both have an array of abilities that not many critters have. Every ability they have is used for a specific task, and reflect the species’ unique adaptation to our own Land of Extremes. Together, they represent important links in our local ecosystem, helping to maintain levels between species and keeping the ecosystem in balance. Their continued survival is a testament to our living desert and the wonders it holds!

The Imperial Valley Desert Museum is located in Ocotillo. It is open Wednesdays through Sundays from 10 a.m. to 4 p.m.

This Week in Pictures: May 1-7