BRAWLEY — Clinicas de Salud del Pueblo staff welcomed prominent HIV specialist Wilbert Jordan on Friday to get an overview of the latest information regarding the testing and treatment of HIV.

During his one-hour lecture at the clinic Jordan, who is the Medical Director of the Charles Drew Medical Center in Los Angeles, went over the clinical practice risk factor that can lead to the spread of HIV, discuss prevention methods and talk about practice strategies to reduce the risk of new infection in at-risk populations.

Jordan is a long-time friend and colleague of George Fareed, the HIV specialist for Clínicas de Salud Del Pueblo, and usually comes to the Valley once a year.

“It is always very beneficial to have Dr. Jordan visit us because we get reminded of what our standards should be, and an update on the newest combination therapies that are simple to take and are well-tolerated by the patients.”

During his lecture, Jordan talked about the unique risk that the Valley has by being on the border with another country and having people move in and out of the region.

The emphasis of the presentation was regarding the prevention strategies of PrEP and PEP. Pre-exposure prophylaxis (PrEP) is a treatment for people who are HIV-negative but are at substantial risk of getting it to prevent HIV infection by taking a pill every day. Post-exposure prophylaxis (PEP) is the treatment for a person who may have recently been exposed to HIV to prevent infection. Treatment involves taking anti-HIV medications right after a potential exposure to HIV.

“We’ve reached a point in which the regiments are simple and the patients are healthy for their full lifespan,” Fareed said.

Jordan said today the biggest challenge to stopping the spread of HIV is the stigmatization of the disease and not sufficient outreach efforts to educate the public of the prevention and treatment resources in their area.

“We need to increase our outreach to get people to get tested and learn where they can go to get tested,” he said. “People don’t like traveling long distances so we need to have places that are convenient.”

Jordan began to work with HIV patients as early as 1979 and lived through the epidemic that took place during the 1980s. He said that medical advancement has taken what once was a synonym of death to become easily treatable disease.

“In the early days, it was a death sentence, period. If you had it you died,” he said. “Today no one should die if they get treated.”

His work related to HIV has earned him a lot of recognition through the years including the Surgeon General’s Award in 2000. Earlier this year the National Association for the Advancement of Colored People also recognized him with the Humanitarian Award.

“He’s influenced me, he is one of the best clinicians and is the pioneer of leading the breakthrough of HIV nationally and internationally,” Fareed said. “He is one of my best friends and role models and guided me to be a better doctor for my entire career.”

Staff Writer Edwin Delgado can be reached at edelgado@ivpressonline.com

Staff Writer Edwin Delgado can be reached at edelgado@ivpressonline.com or 760-337-3440. 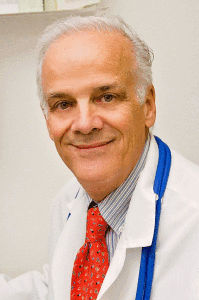 Thanks for this great article.

I met Wilbert when we both were in medical school in 1967-8. He went to Harvard college and then to Case Western medical school. He visited his friends from Harvard undergrad in my class during spring break and we met then. My friend said I would really like him then and he was right.

This Week in Pictures: June 26-July 2