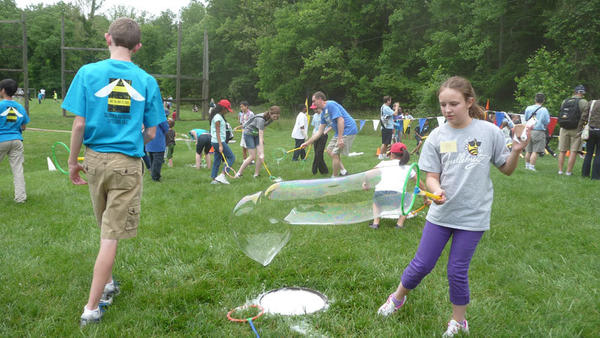 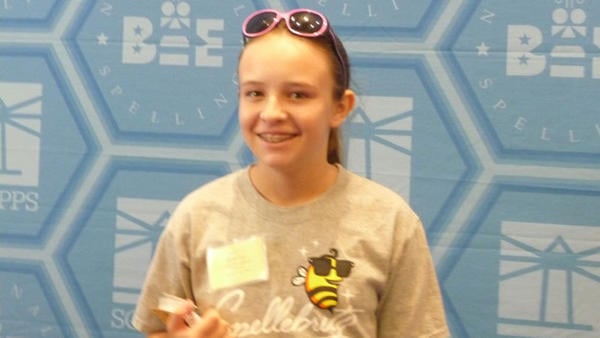 Jillian Fusi, Imperial County's representative in the Scripps National Spelling Bee, poses in front of a spelling bee backdrop early into her trip to Washington, D.C.

Jillian Fusi, Imperial County's representative in the Scripps National Spelling Bee, poses in front of a spelling bee backdrop early into her trip to Washington, D.C.

After a few days of sightseeing and adjusting to a three-hour time difference, Jillian Fusi is more than ready to begin competing in the Scripps National Spelling Bee in Washington, D.C.

The 11-year-old Imperial resident is set to take the stage today during the second preliminary round of the Spelling Bee shortly after 8 a.m. EDT.

“I’m a little nervous, but I’m excited to see how it goes,” Jillian said.

On Tuesday, for the first time in the Spelling Bee’s history, Jillian and the other 280 contestants took a 45-minute computer based spelling and vocabulary test.

“I think it went pretty well,” Jillian said. “I believe we’ll find out how we did on the test (today).”

Students were not eliminated from the competition if they misspelled a word or selected the wrong definition for a word during the test, according to the Spelling Bee’s website.

So far, Jillian said she has enjoyed the perks of being a contender in this year’s contest from the orientation on Sunday to the Memorial Day Picnic on Monday.

“It’s been a lot of fun,” Jillian said. “At the picnic they had a lot of games and you could make big bubbles.”

Jillian’s mother Michelle said she has been enjoying the beautiful weather and is working on keeping her nerves under control during the competition.

“Right now I’m OK, but once we’re in the room, we’ll see how it goes,” Michelle said with a laugh. “Hopefully I won’t be as nervous because it really is very fun and exciting that she’s here.”

Staff Writer Karina Lopez can be reached at 760-337-3439 or klopez@ivpressonline.com