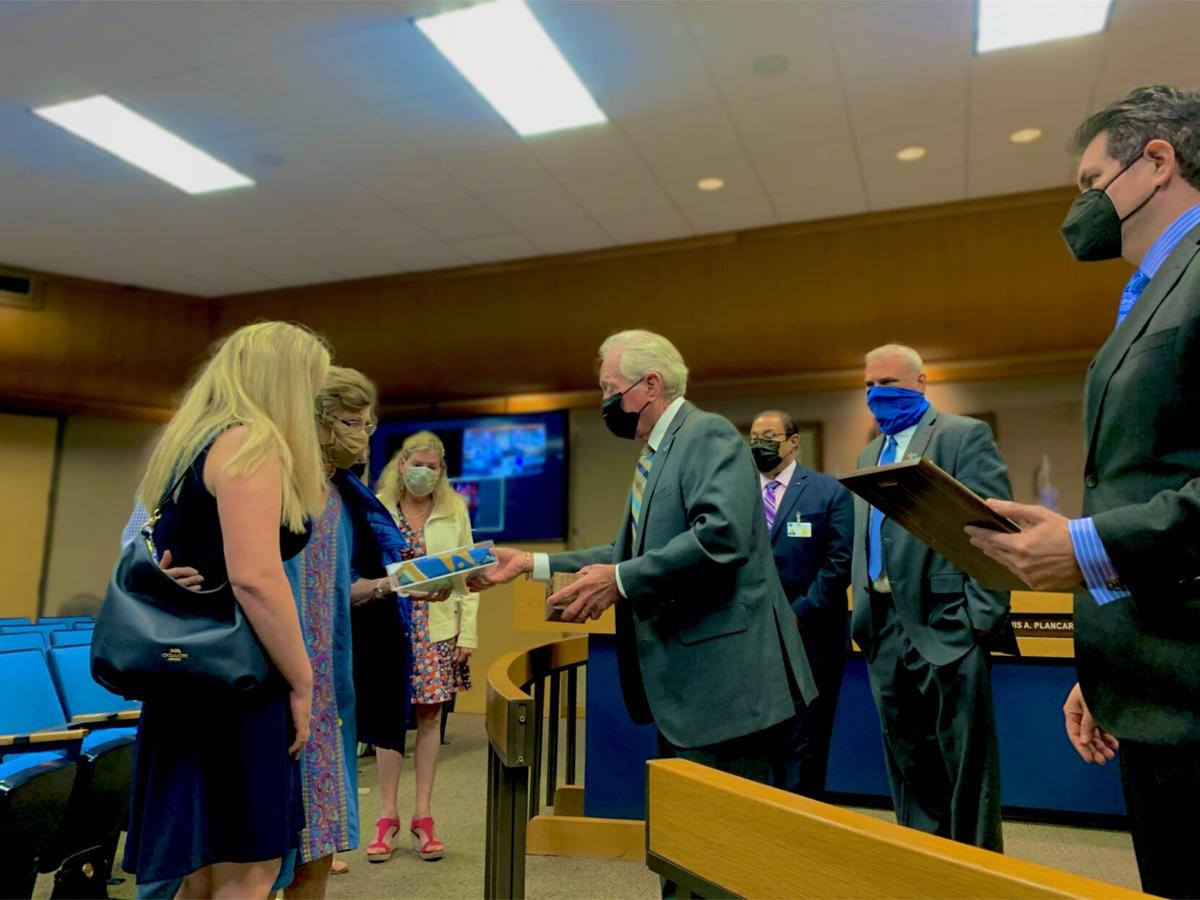 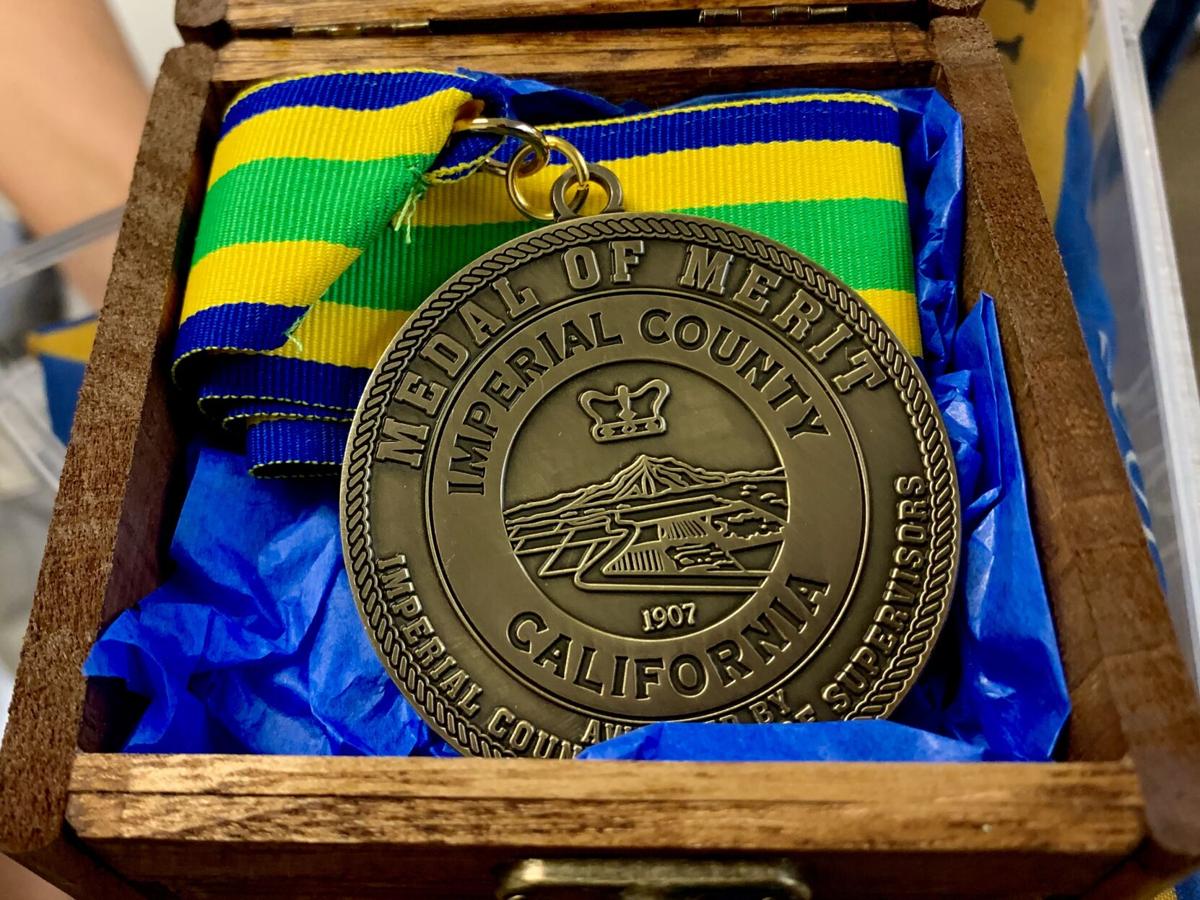 A close-up view of the county’s Medal of Merit. COURTESY PHOTO

Kelley’s parents and family accepted the award on his behalf.

Kelley, who died Jan. 19, was an advocate of the Imperial Valley throughout his professional career, the county said in a release. He served as general manager of the IID for eight years, guiding the district in protecting the Imperial Valley’s water rights, bringing attention to the Salton Sea, and continuously striving to make the Imperial County a better place for all.

Prior to being named general manager, Kelley’s career included working for the El Centro Chamber of Commerce, co-founding Valley Grower magazine, serving as opinion page editor of the Imperial Valley Press, and leading the IID from 2011 until his retirement in 2019.

“The Kelley Family is honored to accept the medal and recognition on behalf of our departed son, father, brother,” said District 4 Supervisor and brother of Kelley, Ryan Kelley. “Kevin would enjoy the ceremony and take the opportunity to acknowledge all the people in his life that made an impact on him. Our family thanks the Board of Supervisors and the County of Imperial for this honor and we know Kevin is enjoying it as well.”

“Kevin Kelley’s death is an enormous loss to our community,” added Chairman Mike Kelley, “His contributions and insight helped shape the IID and the Imperial Valley, and his legacy will live on for years.”

The County of Imperial Medal of Merit is an award created by the Board of Supervisors in order to commemorate outstanding commitment and dedication to community and civic service, goodwill, and/or acts of heroism by Imperial County residents.