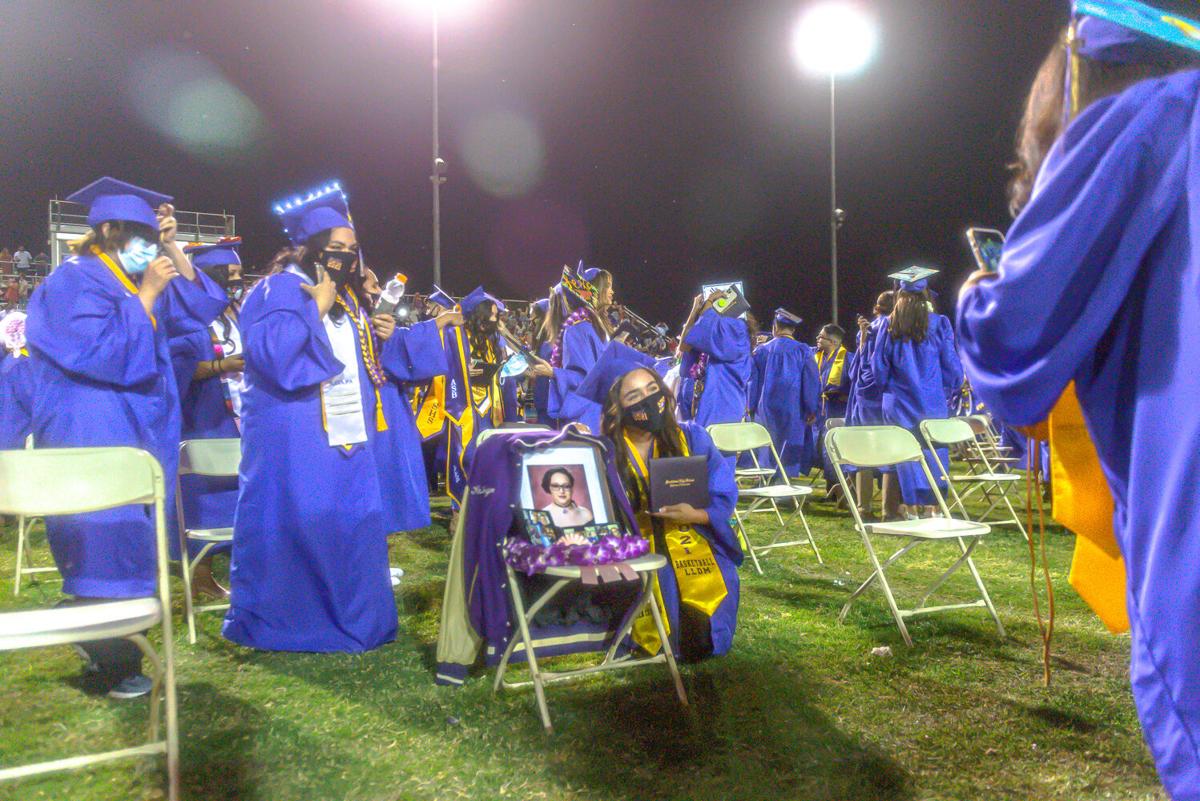 A graduate poses by a chair set out in remembrance of Kathryn Cutting, who passed away in December, during Southwest High’s graduation ceremony on Wednesday in El Centro. PHOTO VINCENT OSUNA 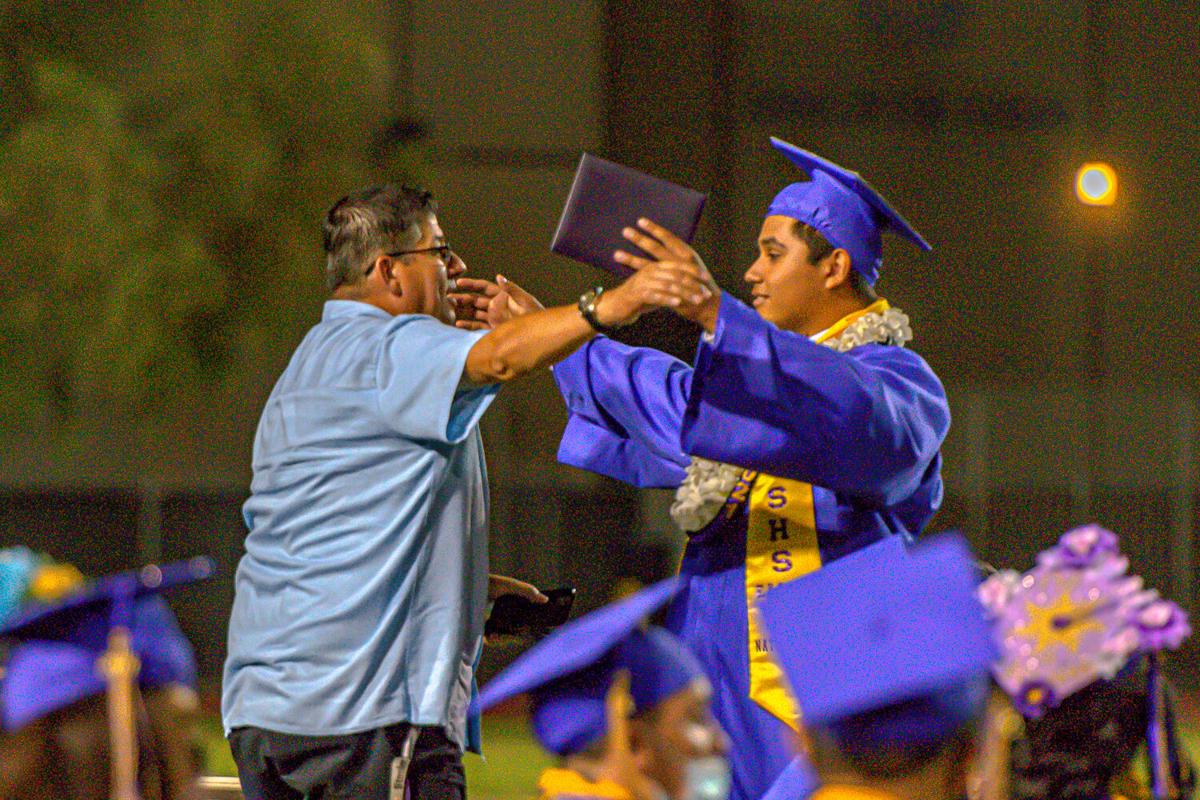 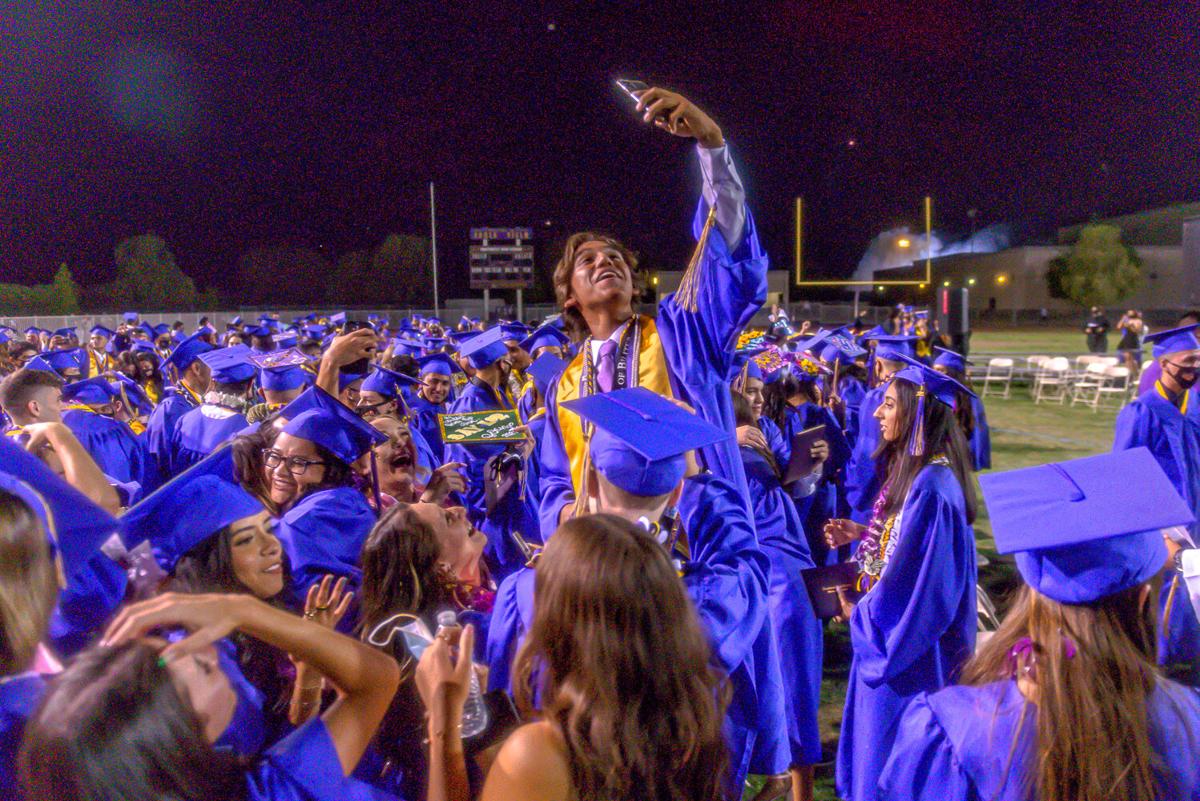 Emiliano Amir Fuchen raises his cell phone in the air to take a group selfie alongside his classmates during Southwest High’s graduation ceremony on Wednesday in El Centro. PHOTO VINCENT OSUNA 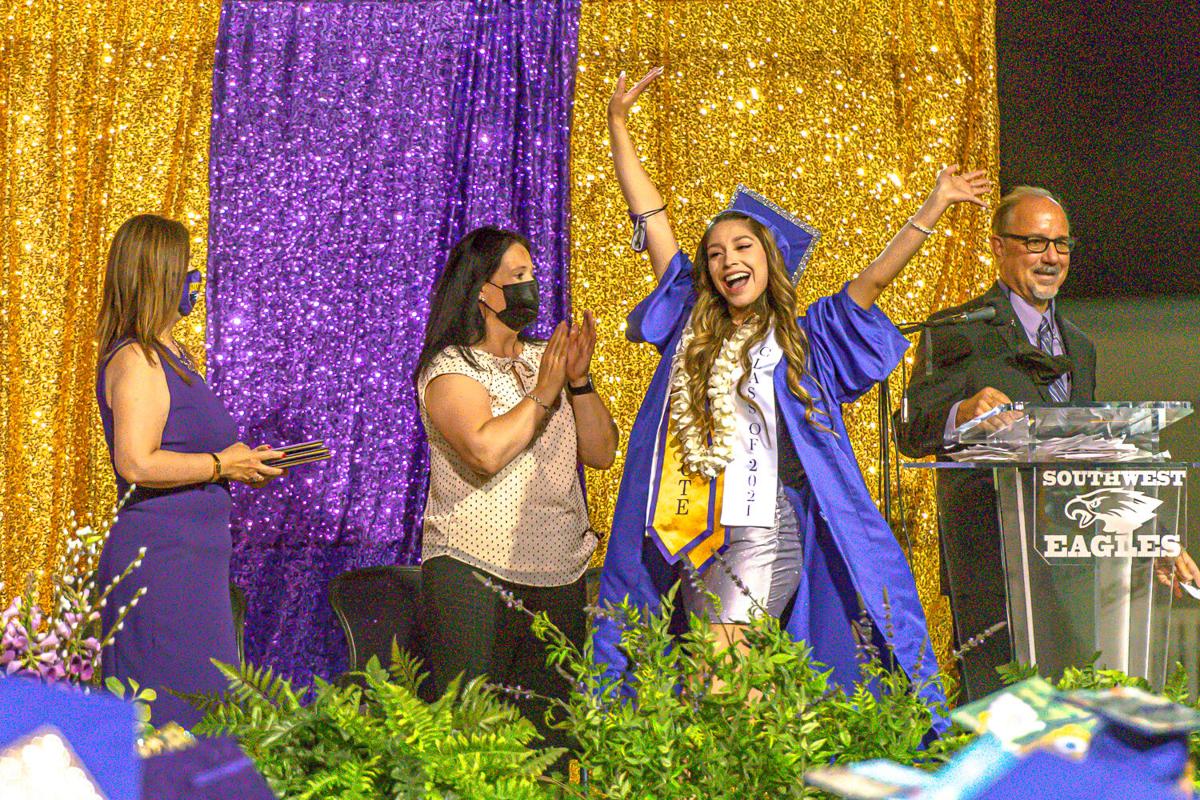 Allyson Rodriguez throws her arms in the air in celebration during Southwest High’s graduation ceremony on Wednesday in El Centro. PHOTO VINCENT OSUNA

EL CENTRO – The football field at Southwest High School was awash in purple and gold Wednesday evening. There was also a glow of pride as the senior class of 2020-21 officially became high school graduates.

More than 400 students were handed their diplomas during the Southwest commencement exercises, which like the others held so far in the Valley, included carefully space seats and a lot of face masks in a nod to a very strange year.

Hanna Zia and Jazlyn S. Peraza served as the evening’s senior speakers. In keeping with Southwest’s artistic bent, the proceedings included musical performances by the Southwest Chamber Orchestra, both on its own and in combination with school’s band and chorus. Southwest Savapa Music and the Southwest Wind Ensemble also performed.