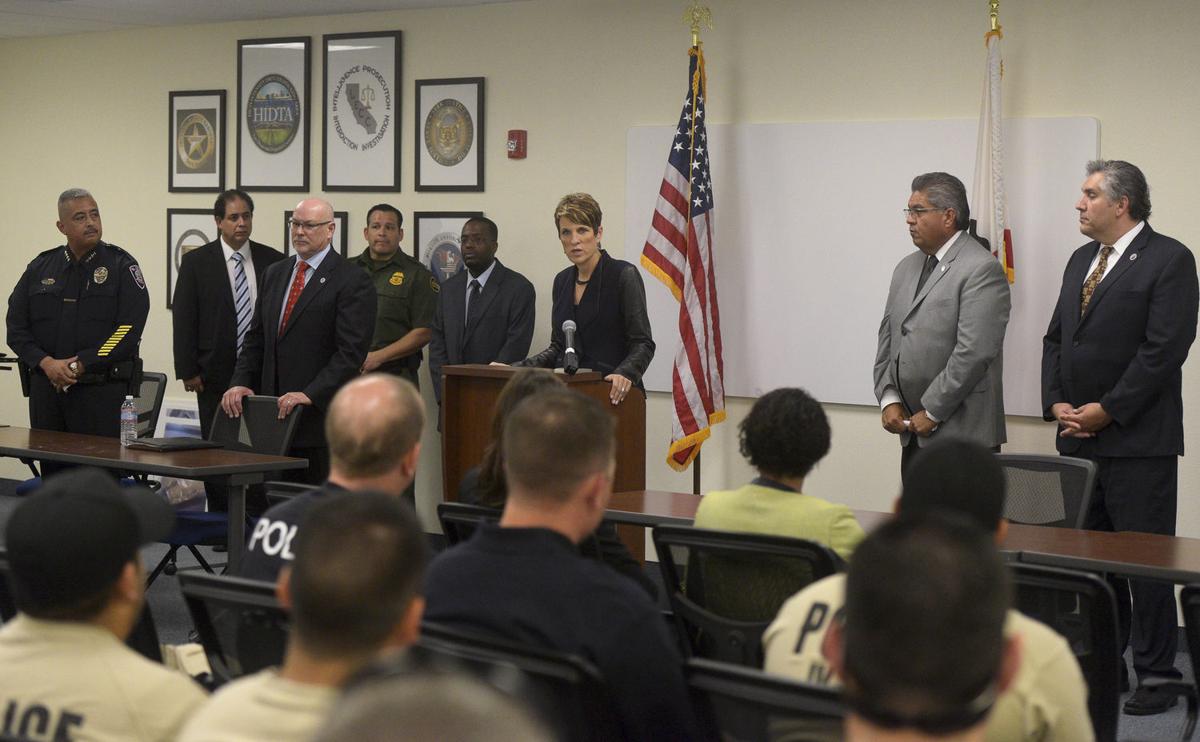 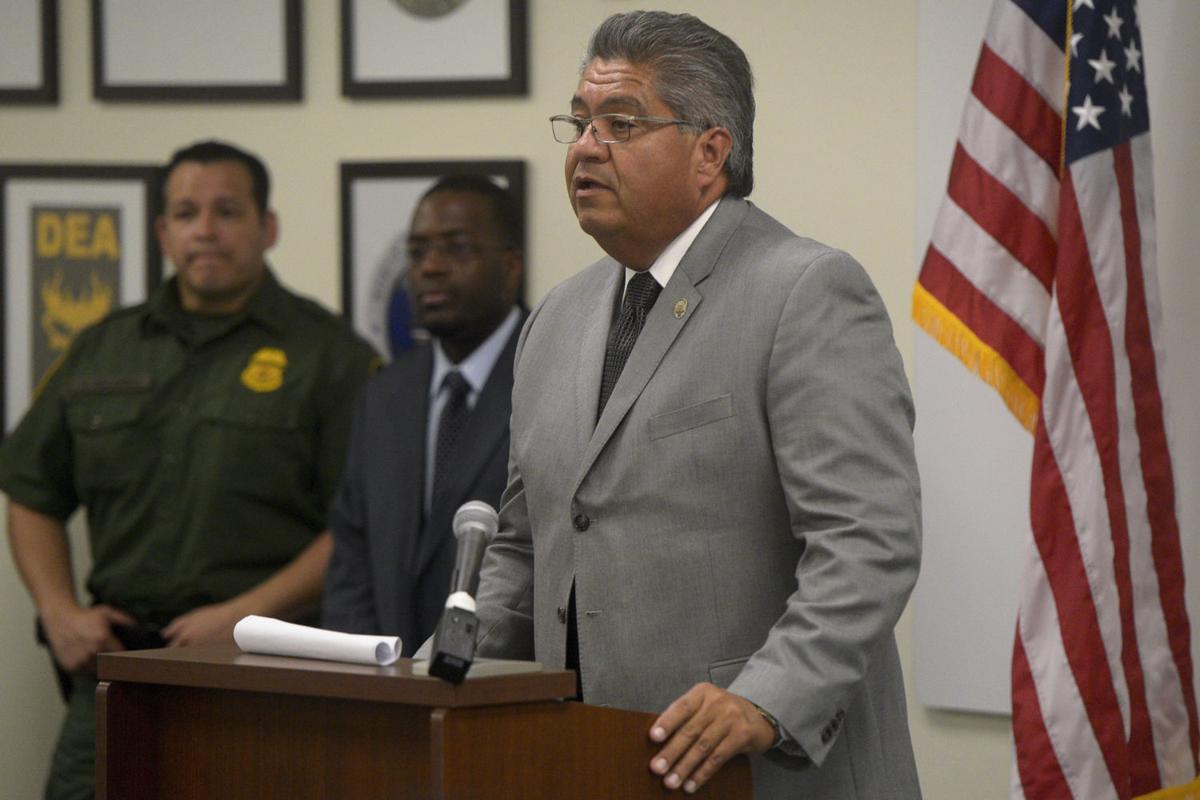 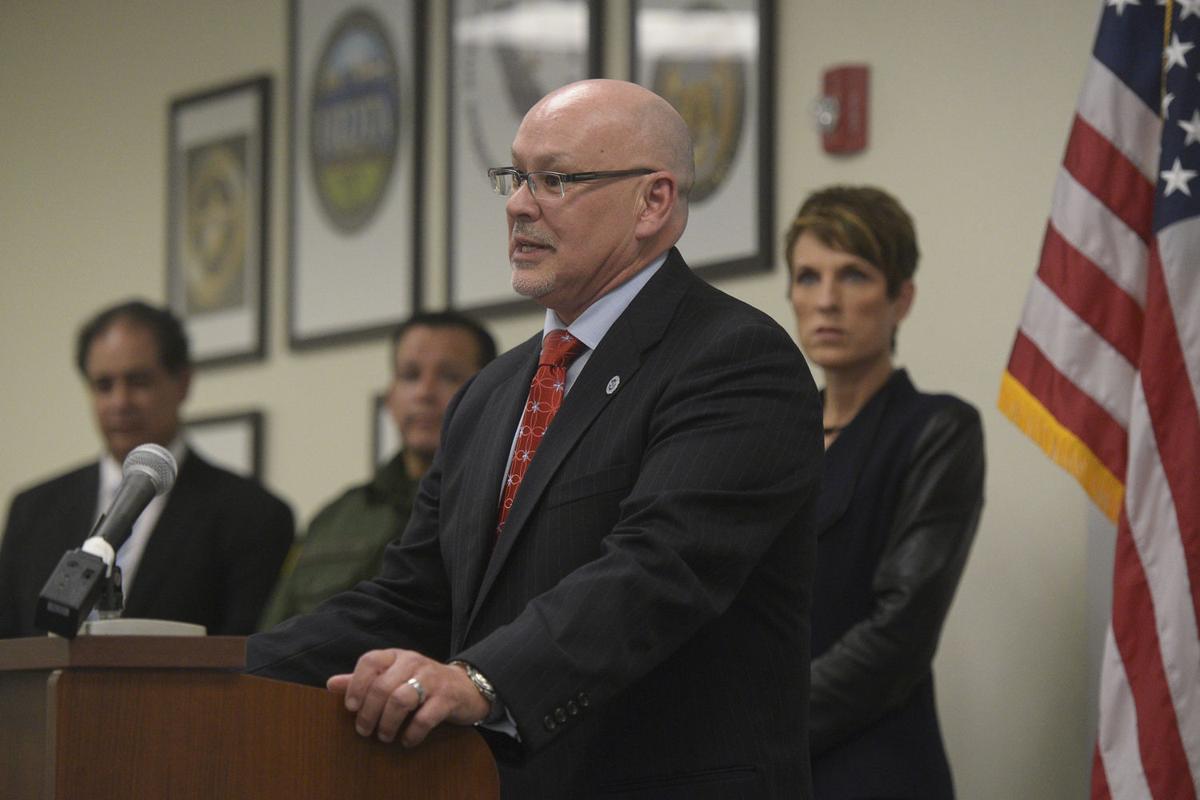 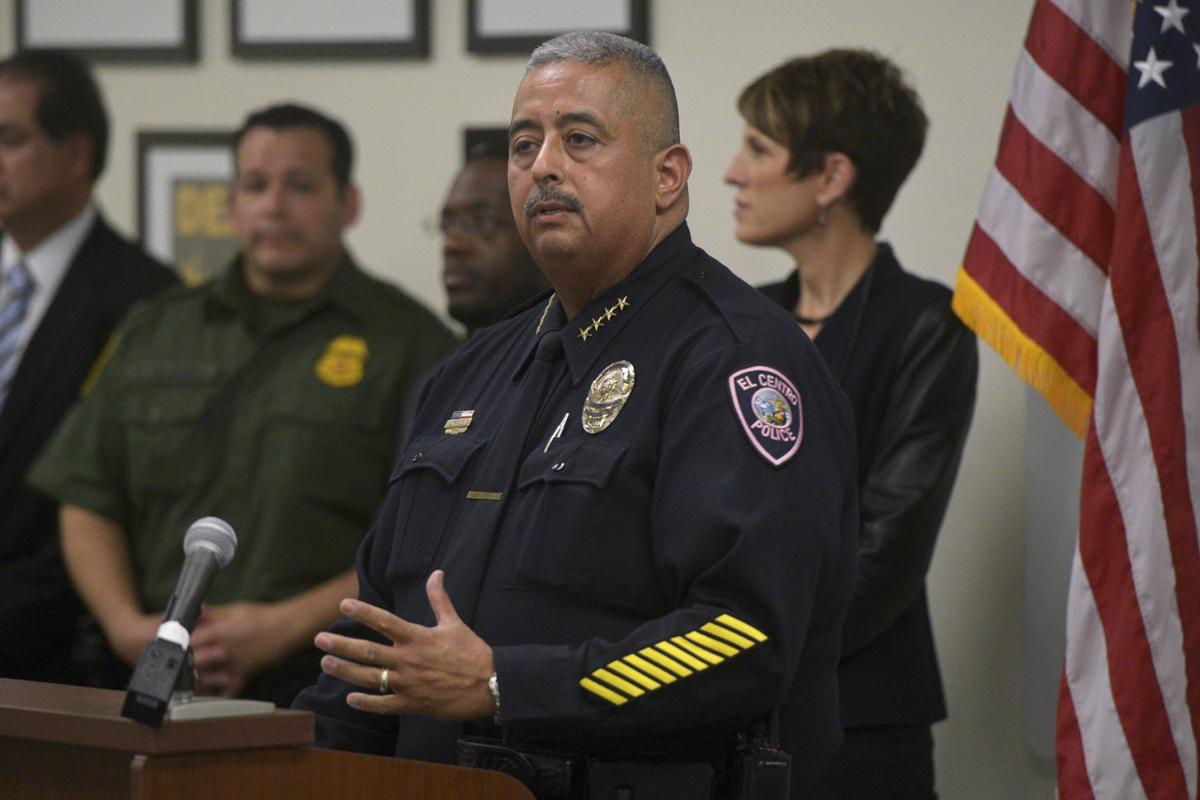 Hundreds of law enforcement conducted predawn raids in El Centro, Brawley and Calipatria on Tuesday as part of “Operation Underground,” which officials credit with dismantling a large-scale Valley drug-trafficking organization alleged to be responsible for supplying majority of the methamphetamine and heroin distributed in the Valley.

Forty-three people were arrested by local, state and federal officials with 22 of the arrests based on two grand jury indictments unsealed Tuesday, and 21 others to be charged by the state. Eight of the 30 total people named in the grand jury indictments remain outstanding, according to an Immigration and Customs Enforcement official.

Authorities also seized methamphetamine, heroin, cash, vehicles and firearms, including handguns and assault rifles, in connection with the year-long investigation, and more than 35 search warrants were served as part of the operation.

The indictments describe a conspiracy among family members who formed the so-called Lozano-Gonzalez drug-trafficking organization, which is alleged to have brought methamphetamine and heroin from Mexicali through the Calexico ports of entry and into Imperial County. It’s believed that the organization has links to major cartels in Mexico including the Sinaloa Cartel, considered a dominant cartel in the Baja California region.

Numerous defendants are documented members or associates of local gangs including the North Side Centro, East Side Centro and West Side Centro gangs in El Centro; the Broleño gang in Brawley; and the Calipas gang in Calipatria. It’s alleged that the Lozano-Gonzalez drug-trafficking organization used gang members as a distribution network for the meth and heroin, supplying about 85 percent of the methamphetamine used in El Centro, said El Centro Police Chief Eddie Madueno.

”With these targets, we have taken an important step in wiping out the methamphetamine connection that was available in the Valley,” Duffy explained, “We’ve made meth in Imperial Valley harder to come by and more costly to obtain ...Through the use of numerous court-authorized wiretapping, extensive surveillance that was conducted throughout the case, we’ve been able to bring the troubling activities of these defendants into very sharp focus.”

The removal of access to methamphetamine and heroin in the Valley will have a direct affect on the quality of life for residents, she added.

The Imperial County Coroner’s Office reported a steady average of about eight methamphetamine-related deaths over the last several years until last year when there was a spike of 18 deaths attributed to methamphetamine use.

And the U.S. Attorney’s office in the Southern District of California has seen a more than 50 percent increase in the number of methamphetamine cases over the last five years in Imperial County, from 88 in fiscal year 2010 to 134 cases in fiscal year 2014. While methamphetamine-related prosecutions made up 18 percent of federal drug prosecutions in the Imperial Valley four years ago, it now makes up 70 percent.

The operation originated with a member of the El Centro Police Department who was assigned to work with Homeland Security Investigations. The case soon became bigger than envisioned, said Imperial County District Attorney Gilbert Otero, and it was decided that the case would go federal.

”This isn’t the first big case we’ve done and it certainly won’t be the last one, but we couldn’t do these types of cases if we didn’t have the cooperation and collaboration from all our agencies,” Otero said.

More than a dozen agencies were involved in the operation led by Homeland Security Investigations and the El Centro Police Department and it’s “believed to be the largest scale of any multiple-agency takedown in the history of this region,” Duffy said.

It was conducted under the federal Organized Crime Drug Enforcement Task Force program that was created to consolidate and utilize law enforcement resources for investigating drug trafficking.

”After a year-long investigation led by HSI and the El Centro police department, I’m proud to announce that we took down the Lozano-Gonzalez narcotics street distribution ring that had been operating in El Centro for a number of years and recently had expanded to Brawley and Calipatria,” said Joe Garcia, interim special agent in charge for ICE HSI in San Diego.

”While law enforcement is declaring a victory today, we have no intention of letting our guard down any time soon because we know that the Calexico port of entry remains as one of the top five drug-smuggling hubs along the U.S-Mexico border,” Garcia added. “We know that there’s just a matter of time before another organization will try to fill this void that the Lozano-Gonzalez organization has left.”

I covered the border and Calexico for two-and-a-half years but am now the courts and crime reporter. I studied journalism at the University of Texas at Austin and previously worked as a staff photographer in Austin, Dallas, Costa Rica and rural Oklahoma.

5 percent of the worlds population, 85 percent of the worlds illicit drug consumption of of drugs.[sad]They are among us( next door neighbors) What about the little kids and there future .Hamburger meat $5.00 a pound. Think about 10 years from now. As the article said some1 will take their place. This was bound to happen again and again. Give it time.
The fight continues. Good job peeps.