Thank you for reading!

Get unlimited access to Premium and Premium Plus content with our Premium Plus - Digital Access Subscription. Read our E-Edition, the digital replica of the print newspaper online, access content in exclusive sections including Family, Teen, Business, Databases, Farm and more. Additionally, receive daily home delivery of the Imperial Valley Press.

Get unlimited access to all content and features at ivpressonline.com with our Full Online Access Subscription. Read our E-Edition, the digital replica of the print newspaper online, access content in exclusive sections including Family, Teen, Business, Databases, Farm and more. This option does not include daily home delivery of the Imperial Valley Press newspaper. For home delivery service, please select Premium or Premium Plus.

If Mr. John Dantice wants to apologize to Kaepernick, that’s his prerogative. For me. I stand for the flag and knell only to God. I’ve been robbed by blacks, and I’ve been supervised by them. Like all people, you have the good, the bad and the ugly. My wife and I have been held up at gunpoint, and I’ve been denied promotions (graduate degree) due to affirmative action, and I hold no malice toward anyone. It is what it is. What happened to a black man by rogue cops was not right, but you don’t raise up one race by denigrating another. Semper Fi. 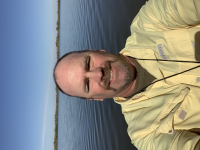