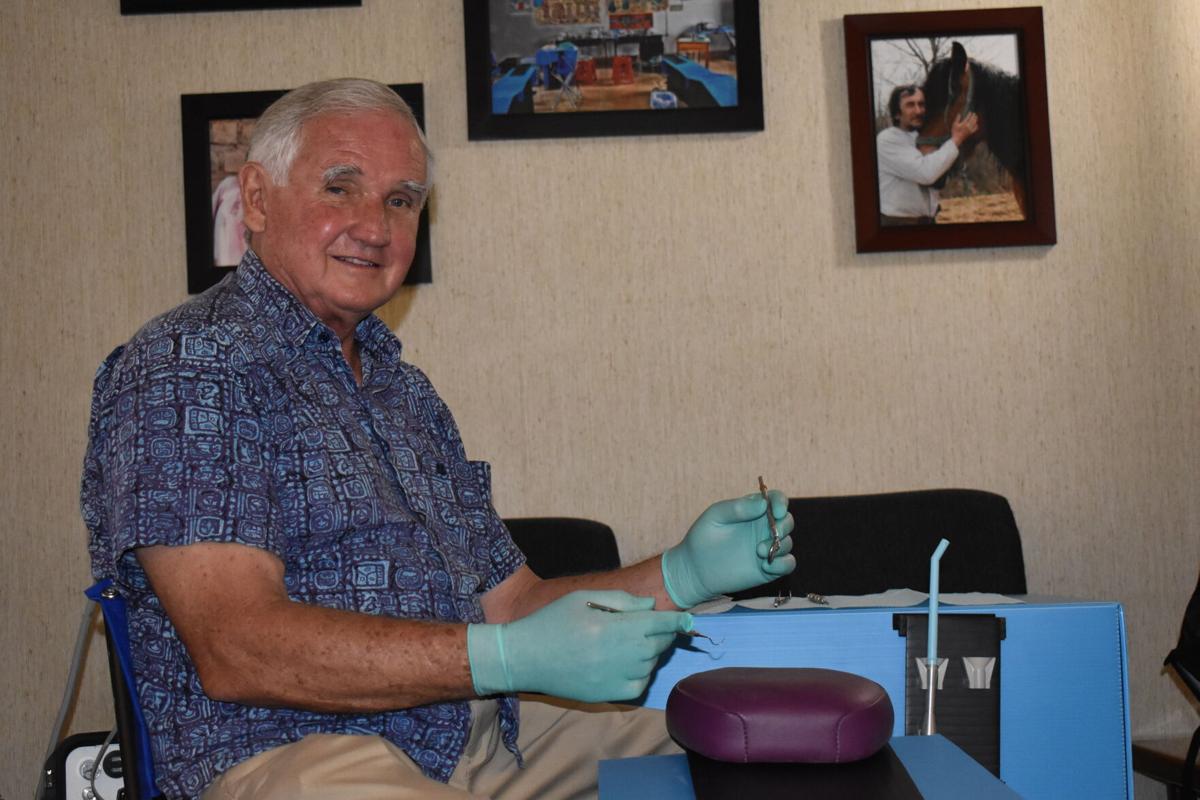 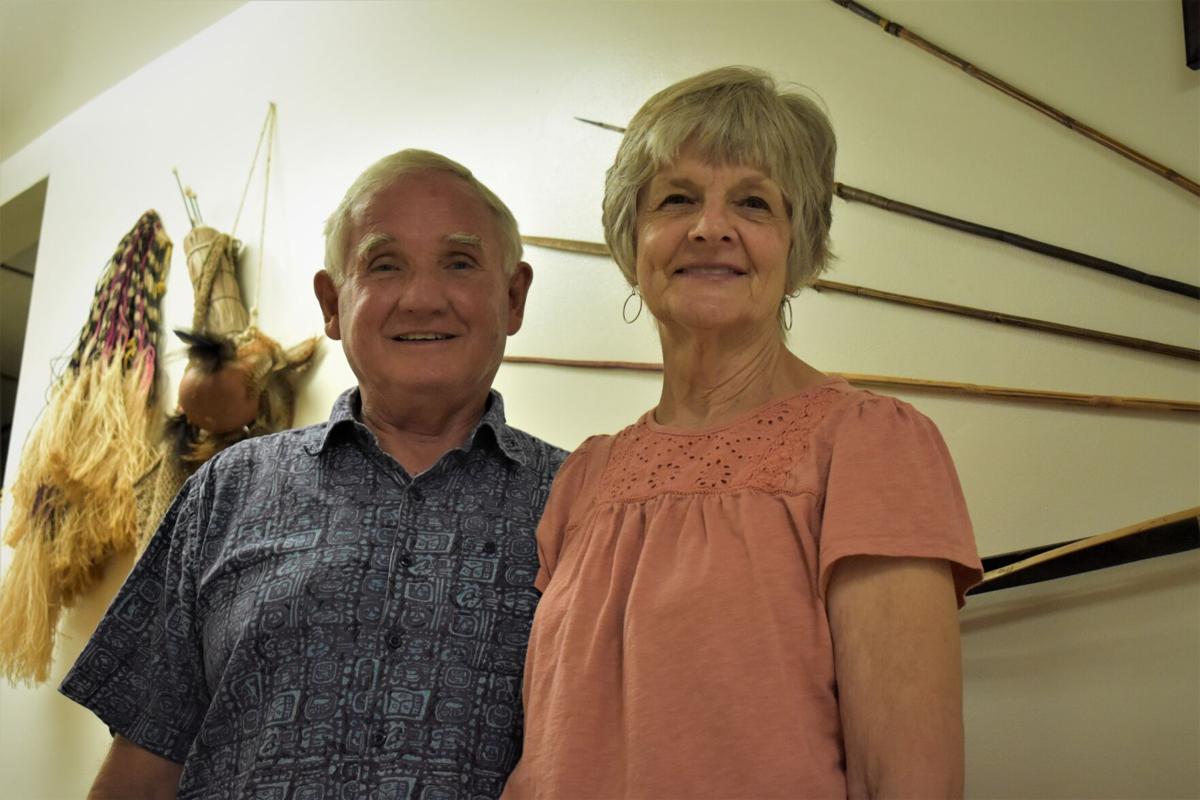 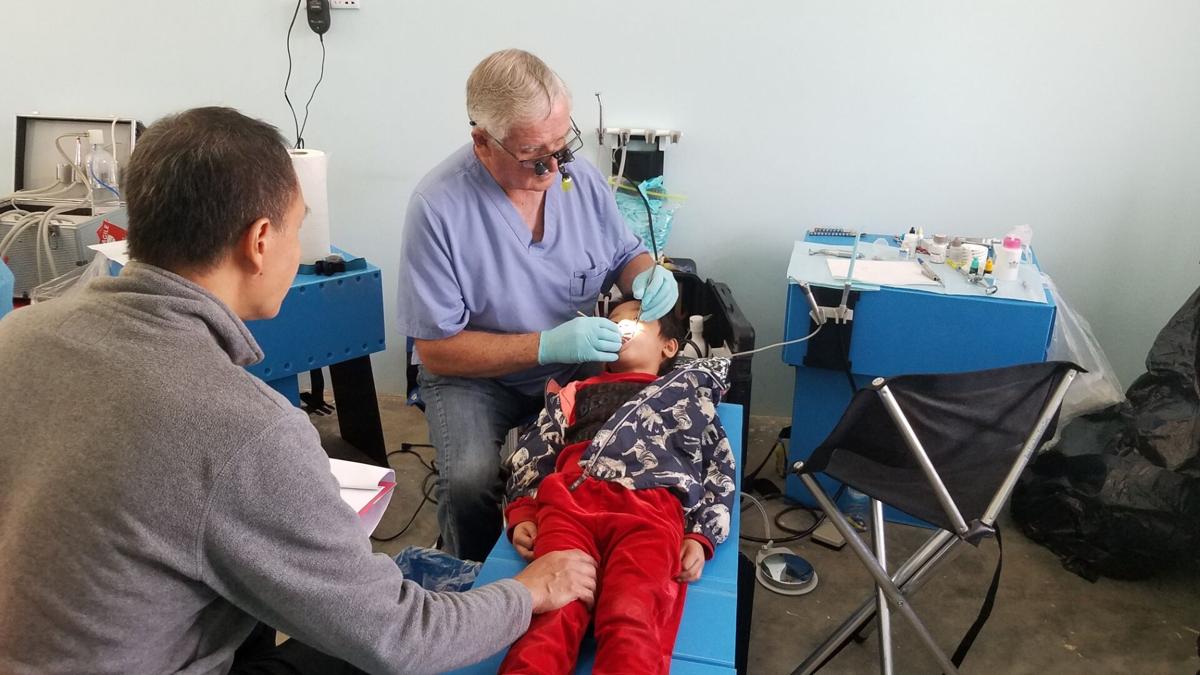 A translator (foreground) assists Cheatwood as he treats a patient in Myanmar. COURTESY PHOTO 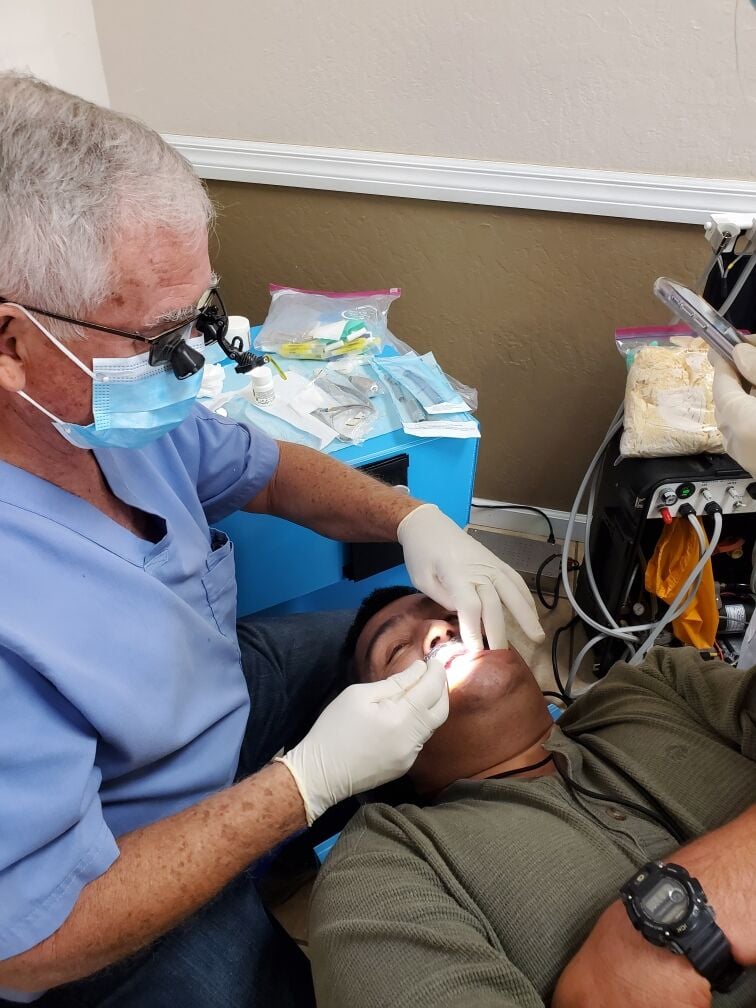 A translator (foreground) assists Cheatwood as he treats a patient in Myanmar. COURTESY PHOTO

In 1974, Gayle Cheatwood had just finished his junior year as a dental student at Creighton University when he was invited on an eight-week Christian missionary dentistry trip to a small village in the Central African Republic.

Suffice it to say, it was a long way from Omaha, Neb., where the university is located, much less Brawley, where Cheatwood was born and raised.

The experience made an impression. He recalls how people would walk sometimes for days seeking treatment for a toothache. Their faces often would be swollen, and they’d be in severe pain. Cheatwood appreciated that he was able to treat them and provide them immediate relief. He also remembers a father who walked two days to seek help for his 5-year-old son whose infection was so severe it turned gangrenous.

“Noma, they call it,” Cheatwood said of the condition, orofacial gangrene, which tends to target malnourished children in developing countries.

The child was hospitalized immediately, but it was already too late.

“He passed away – from a toothache!” he recalled, “That just really had an effect on me. So many people out there are dying of toothaches that so easily can be treated. I just broke my heart. I wanted to do all I could to help.”

Cheatwood graduated on time from Creighton in June 1975 and passed the California Dental Board examination on his first try in August. He set up shop in Holtville based on a suggestion from his father, Arnold, who had heard the town was in need of a dentist, and he’s practiced there ever since.

For several years, Cheatwood focused on building his private practice, but in 1983, he began making regular dental mission trips to the former Mexican penal colony, Islas Marías. He estimates he visited the islands an average of three times per year until 2000. Meanwhile, he began making other missionary trips, initially to Brazil.

Cheatwood estimates he’s led 150 missionary dental trips over the years. These trips have included destinations such as China, Romania, Haiti, Myanmar and Papua New Guinea, to name some. He works with translators, of course, but he has mastered a few useful phrases – “Where does it hurt?” “Open your mouth.” “Close your mouth.” – in multiple tongues.

Occasionally the trips can be scary. Probably the most dangerous was to Sri Lanka in the aftermath of December 2004’s massive Indian Ocean earthquake and tsunami that left an estimated 228,000 dead in 15 nations.

“We were working with the Tamils, and the Tamils were basically the enemy of the Sri Lankan army,” Cheatwood recalled. “So we would switch up. One day we would work with the Sri Lankan people, and another day we would work with the Tamils, but the people we were working with where the missionaries were, were the Tamils, and there were a couple of times we had to pick up all our stuff and zoom out of there. We had scouts on little motorbikes, and they’d say, ‘They’re coming.’ ‘Who’s coming?’ ‘People with clubs! We’ve gotta go, go, go!’”

Fortunately, Cheatwood’s equipment on these trips is made to transport quickly and easily. Years ago, he adapted the design of mobile dental station he’d encountered to make it lightweight, compact, hygienic and portable. The entire unit is constructed of corrugated plastic and consists of a reclined patient chair with a headrest that breaks down to fit into a box that itself adapts into a work table. The corrugated plastic makes the unit both easy to clean and durable.

Cheatwood said he’s never had one of the units fail on him, even after it was tested on a patient who weighed 400 pounds.

“At first, I would bring duct tape along, in case,” he said. “I kept thinking one of these things is going to break or crack, but it never has.”

Cheatwood has the units manufactured by a box company and offered for sale through the Christian Dental Society, an organization he joined in the early 1990s, consisting of 800 to 1,000 dentists nationwide. He is a past president and current advisory board member.

Any profits from unit sales go to a scholarship fund for dental students, he said, although lately the sales haven’t been terribly brisk due to the pandemic. He figures he has about 100 of the portable dental stations in storage.

In 2008, Cheatwood started his own non-profit called Dental Vision Mission. Aside from facilitating his dental mission work, the organization also collects reading glasses for distribution to those in need.

“The reason I started it is because when I started getting in my 40s, I started needing reading glasses,” he explained. “So we were down in Islas Marías, and one of the prisoners couldn’t read, so I gave him my glasses. Man, he just lit up. So I said, ‘You can have them.’ Then I started taking a few pairs, like maybe, five, six, seven, 10 pairs each time, and I’d give them away. And now it’s ended up we’re we’re doing over 1,000 pairs each trip.”

Cheatwood and his wife, Nita, have been the constants on Dental Vision Mission’s trips, and they are typically joined by a group consisting of other dentists and healthcare professionals, ministers, family members (his kids and many of his grandkids have made trips at this point) and basically anyone else who is willing to lend a hand. Although the pandemic has put the kibosh on most of his missionary work the past couple of years, Cheatwood has continued to conduct workshops teaching other dentists in performing portable dentistry. These sessions typically are held either at the men’s home at Holtville’s Turning Point Ministries or just across the border in Mexico.

Cheatwood, now 73, is hopeful of being back on the road soon. He has a mission trip planned for Jan. 12-20 at Puerto Escondido in Oaxaca, Mexico.

He said the work has never stopped being rewarding, because people usually respond favorably to kindness and compassion.