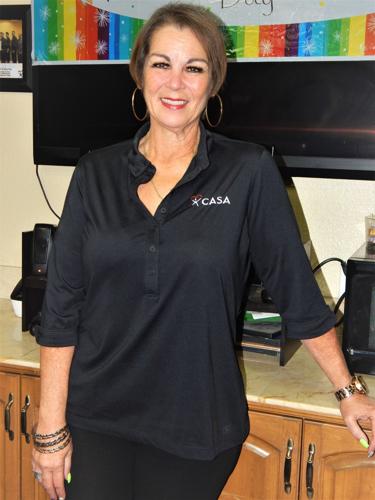 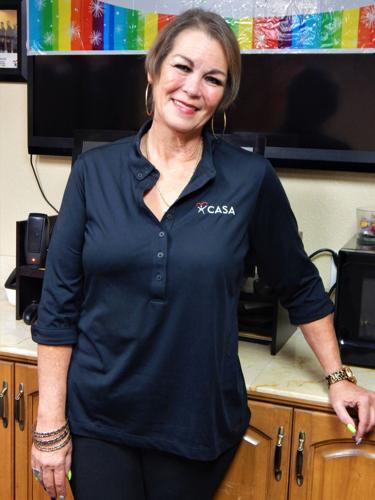 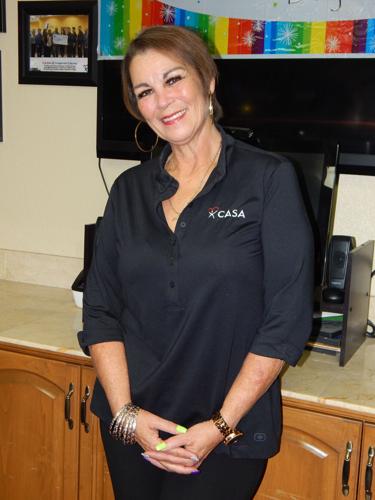 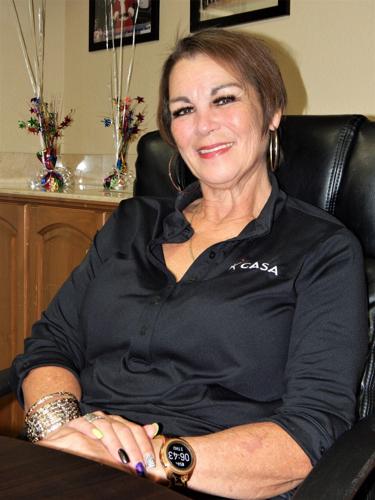 These are some of the adjectives that can be used to describe CASA of Imperial County Volunteer Coordinator, Jeannette Johnson.

While Johnson has only been a court appointed special advocate (CASA) with CASA of Imperial County since 2017, she has been working with troubled or needy youth for 14 years as a former therapeutic behavioral services coach with CHARLEE Family Care, Inc.

Johnson – herself a mother of four and grandmother of eight – excelled rapidly as a CASA advocate, going from volunteer to hired staff as CASA’s Volunteer Coordinator in August 2021. Now she not only continues her good work in foster youth advocacy and case management, but she also now “mentors other community volunteers to be equally compassionate advocates for family reunification,” said CASA Executive Director, Alex Cardenas.

Johnson said she didn’t know CASA existed until she started working with CHARLEE clients, as many of her clients were also in the foster care system.

“After I got injured in a previous job in San Diego … at that time I was doing nothing and I needed to do something, and so my daughter pushed me into it,” Johnson said.

“Based on the assessment that was given we (in CHARLEE) would work on the negative behaviors: PTSD, ADHD, bipolar, schizophrenia, anger, aggression – all of it,” Johnson said, “and so I got to know these kids, one by one.”

Johnson’s CHARLEE and CASA trainings came together with her compassionate heart to be a force for good in the lives of the children she encounters in the foster system, for whom she advocates, asking specifically for the “difficult cases.”

“I actually ask my program manager: ‘Give me the difficult teenage girls please,’” Johnson said. “I never got removed from a home but I know the end result if some of these girls continue that path.”

“Me growing up in the late ‘60s, my childhood was very dysfunctional,” she said. “My dad was very abusive to my mom and she became an alcoholic, so when I look back at my childhood and I see these kids that are in the foster care system now … you have to think: How is this child feeling?”

“I always believe it takes a village to raise a child,” Johnson said, “and if I, as an individual, can help change a child’s story so they don’t have to live what I lived, then that’s what I’ll do.”

Cardenas said Johnson’s compassion extends beyond that of the children she works with to their families too, calling her “a strong advocate for family reunification when it’s appropriate.”

“The fact that she has the ability to connect and build commonality with families provides excellent opportunities for trust and openness among these families for them to share their vulnerabilities,” Cardenas said, “and once they’re able to share she can advocate for services and restoration.”

“Her commitment to CASA as an advocate has resulted in the restoration of numerous families being put back together,” he said.

Even with her former work injuries and being into her 60s herself, Jeannette Johnson shows no signs of slowing down in advocating for children who need a compassionate, guiding hand.

“I just can’t stop because there will always be that one child that needs to hear something encouraging and positive,” Johnson said. “I just have a heart for these at-risk youth; I don’t want to see them fail.”

“They need to know that someone does care. I just can’t stop,” she said.

To be see about being trained by Johnson as a court appointed special advocate to help foster children, contact her by email at jeannette@casaic.org or by phone at (760) 353-7456. f

When she goes to work every day, Virginia Mendoza has the satisfaction of knowing …

Beyond being a mother of three and a wife to her high school sweetheart, Keri Vald…

Tara Malcomb wears several hats, loving that she gets to help others in the commun…

As a master esthetician and makeup artist, Aundrea Uriarte loves that she is able …

Raised from an underserved population in the community, Maxmillian Chambers believ…

Helping the underserved is Rosalind Servin’s – founder, and CEO of Brawley Feed th…