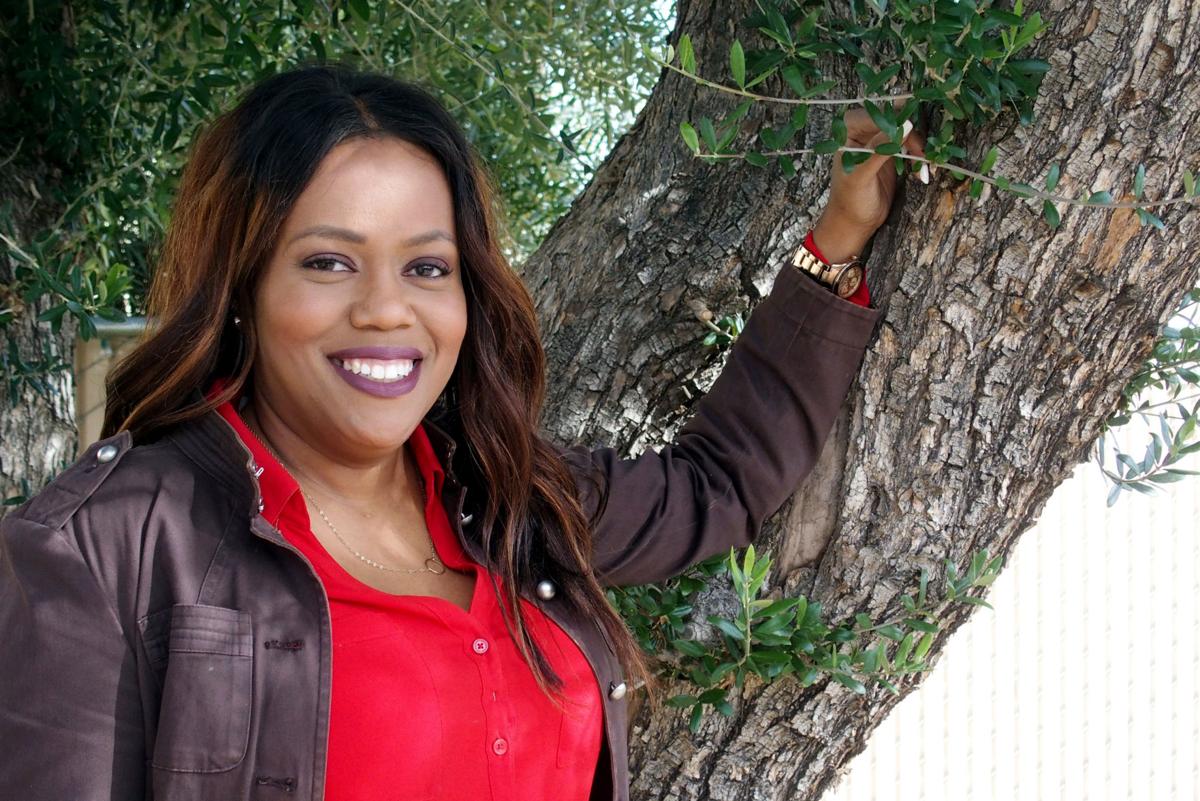 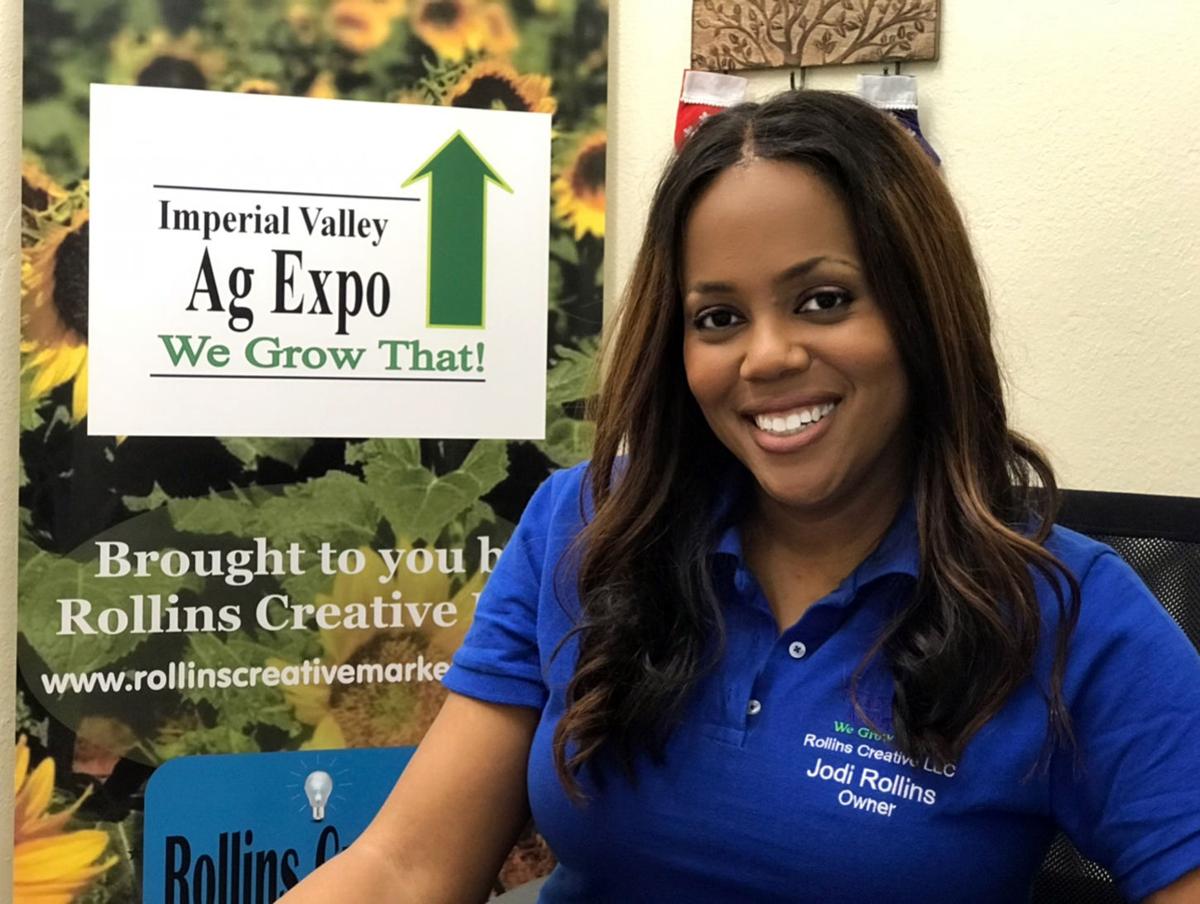 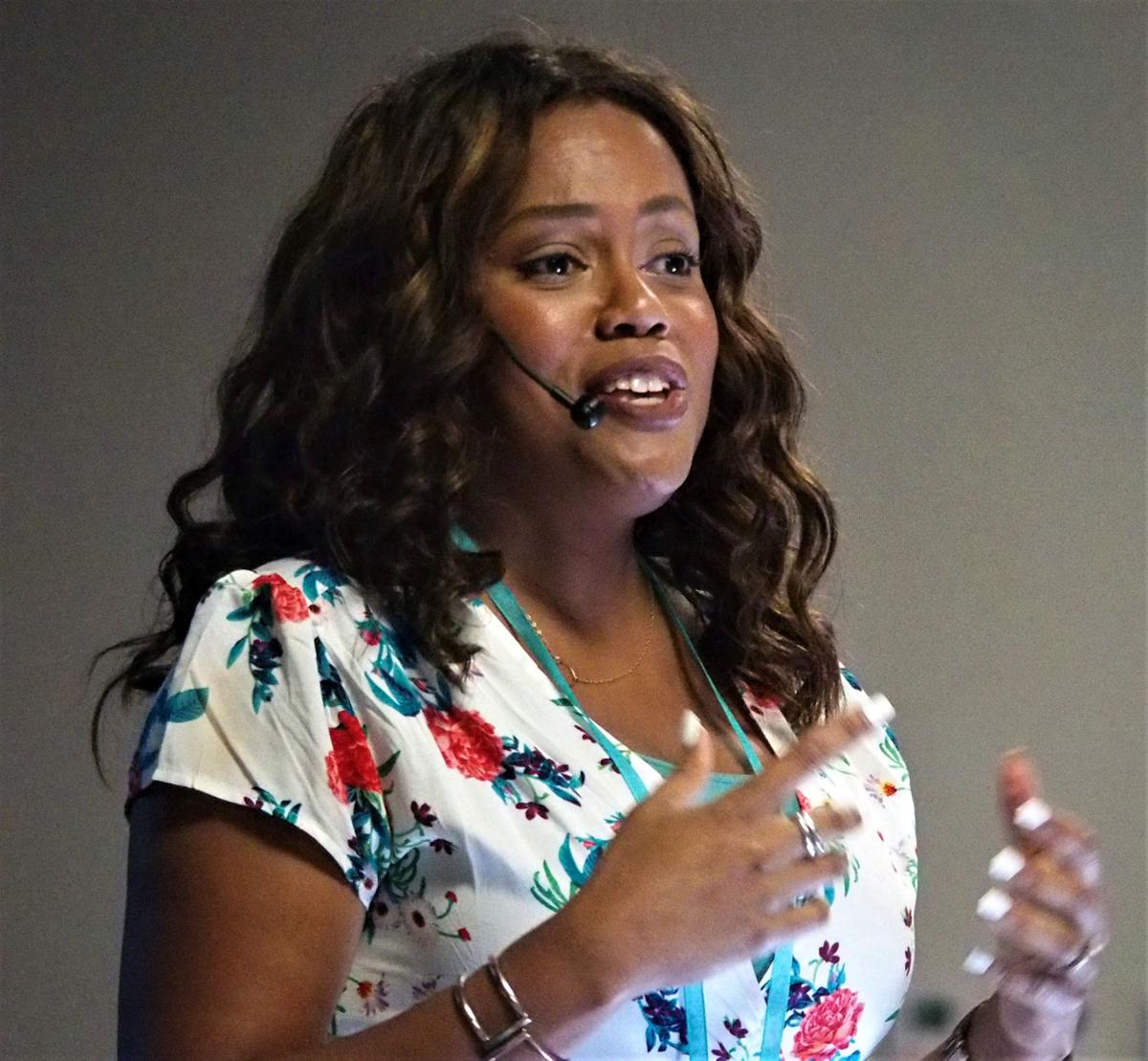 “Hey,” you might exclaim. “Isn’t she that lady who started that ag show here? I wouldn’t have guessed it was that popular already.”

It’s not … yet. But give her time. Rollins has shown a knack for turning improbable scenarios into success.

Take those 19,000 followers. Most of them are only vaguely interested that she’s founder of the Imperial Valley Ag Expo, which is making its second appearance March 22. They know her brief stint in season 14 of CBS’s reality program Big Brother.

Organizers of the season, which aired in 2012, decided to add a twist and force one of the contestants to be evicted the very first day. That sacrificial lamb turned out to be Jodi, and it made her something of a star among the Big Brother cult, who felt outraged on her behalf.

“Still pissed for that poor woman,” one fan wrote on Reddit just last year. “At least invite her for OTT2 (Over the Top).”

Another fan commented: “I will never understand why production would put somebody through the casting process, keep them in sequester before the game starts, go to their hometown to film, and then evict them on night one.”

As for Rollins herself, she sees the whole experience as blessing in disguise. For one thing, she doubts she would have ever been so popular as a Big Brother alumnus if she’d lasted on the show, because there would have been no novelty to it. For another, the quick exit also meant there were no embarrassing moments caught on camera she’d have to live down the rest of her life.

When life gives you lemons …, they say.

The same holds true today. If someone had the told New York native years ago she would one day find herself not only living in a predominantly agricultural community but also creating something called an “ag expo,” she might have asked what the word “ag” meant.

“This Valley was built on agriculture, but there was no expo here,” Rollins said. “I thought all right I’m going to do this. Why not me?”

Rollins is no stranger to event organizing, prior to starting Rollins Creative with her husband J Rollins, she worked as an event coordinator for the Brawley Chamber of Commerce.

“I really loved my job and getting to know the community,” she said.

While at the Chamber, Rollins managed everything from website content, photography, sponsorship, marketing, social media and membership. She was also the committee chair for the Cattle Call Queen competition.

It wasn’t until her position at the chamber was dissolved in 2014 that Rollins decided to start her own business, Rollins Creative.

“I thought, ‘Why don’t I do all the things I did at the Brawley Chamber?’” Rollins recalled. “I’ll create flyers, help people with their website, social media, sales, promotional ideas. That was the focus.”

Rollins’ past experience juggling everything from social media accounts and large-scale event planning to everyday sales and marketing made her new career venture a perfect match for her. However, she also knew she couldn’t sit around waiting for an event to fall into her lap.

“While I was [at the chamber] I would hear people come in and say we don’t know how to connect with agriculture. It’s like the big thing here, but we don’t know who to talk to,” Rollins recalled. “My husband worked in agriculture and said, ‘You know, I’ve heard that, and generally farmers are busy.’”

Rollins knew early on she needed to bring a Valley-wide event to life that would not only showcase the work she can provide the community, but also show what the community could provide each other.

“I knew I wanted to do events, but I didn’t know what,” Rollins said.

It was Rollins’ husband who suggested an agricultural expo. He had worked in the area for 14 farm seasons and had observed that despite the Valley’s reputation for farming, no such event had been done before.

“I started researching and talking to people and everyone said the same thing, ‘We don’t have one here, but we’ve always wanted one here,’” Rollins recalled. “I talked to different organizations who thought about doing it, but didn’t, either.”

Rollins had come to learn much about local agriculture from her husband after marrying and moving to the Imperial Valley in 2011. However, with her new goal of an ag expo in mind, Rollins understood she would have to reach out to as many local vendors and farmers she could to make her dream a reality.

“I was by no means an expert, but I wasn’t an idiot or completely ignorant of at least harvesting,” Rollins said. “At the time I was going to build the expo, I was just voraciously online researching and talking to anyone in ag I could.”

Rollins reached out to community members, farmers, ag vendors and local businesses to get a better sense of what people wanted out of a local ag expo.

“I didn’t know if it would work. It wasn’t easy; it was just hope,” Rollins said. “It was hours and hours of me making the phone calls, me making the videos…. Suddenly, it just got bigger and bigger into a two-day event with scholarships.”

A month before the expo and Rollins was feeling the pressure. It was during this time that she would find herself binge-watching inspirational Ted Talk videos to motivate her through the fear of uncertainty.

“It was scary because there were times I thought, ‘What do I think I’m doing? ‘Will we even have money for scholarships?’ ‘What if this is a complete failure?’” Rollins recalled. “One of the hardest parts was I didn’t look like agriculture.”

As black young women, Rollins said she definitely got questions regarding who she was representing or working for when introducing herself, which was diminishing at times. However, through her persistent belief in her vision and herself, Rollins was soon able to collect more than just community support.

Within the last month prior to the expo, Rollins was able to go from 12 to 80 vendors along with 11 food vendors and secured two bands all set up within the Imperial Valley Expo and Fairgrounds. The event was presented by RDO Equipment with support from the Imperial Valley Farm Bureau and Brawley Chamber of Commerce. A portion of the proceeds were directed toward local agricultural education programs and an ag scholarship.

“When it was over, I had a lot of women come up to me and say, ‘Wow you’re so courageous. I wanted to write a book, start my own business or go back to school. It’s so great you weren’t scared and you went and did this,’ and I would say, ‘No, I was scared from day one until the final day,’” Rollins said.

In discovering a need for women to feel motivated, confident and connected, Rollins created a business women’s empowerment event called Power Up!

“I’m not the only one who has self-doubt … and so I thought I want to do something that will inspire women,” Rollins said.

The success of both the Ag Expo and Power Up! has encouraged Rollins to make them both annual events, with other projects also in the works.

Although Rollins was born in upstate New York, she moved with her family at the age of 9 to Colorado where she grew up. She went on to college where she studied theater, speech and mass communications.

Following college, Rollins pursued her passion for acting and singing in both New York and Los Angeles. She has also worked as a radio producer and as an online radio talk-show host. By 1999, Rollins built her own web-based business in Los Angeles, which she later sold to her investors.

Rollins’ passion for success and enduring determination is what has led her to pursue her dreams and has made achievements such as founding the Imperial Valley Ag Expo truly meaningful to her.

“It was so rewarding to me in so many ways because I could see how all of the things I had done in my life professionally led to this moment,” she said.

And as long as she stays true to form, expect her to make the most of that moment.