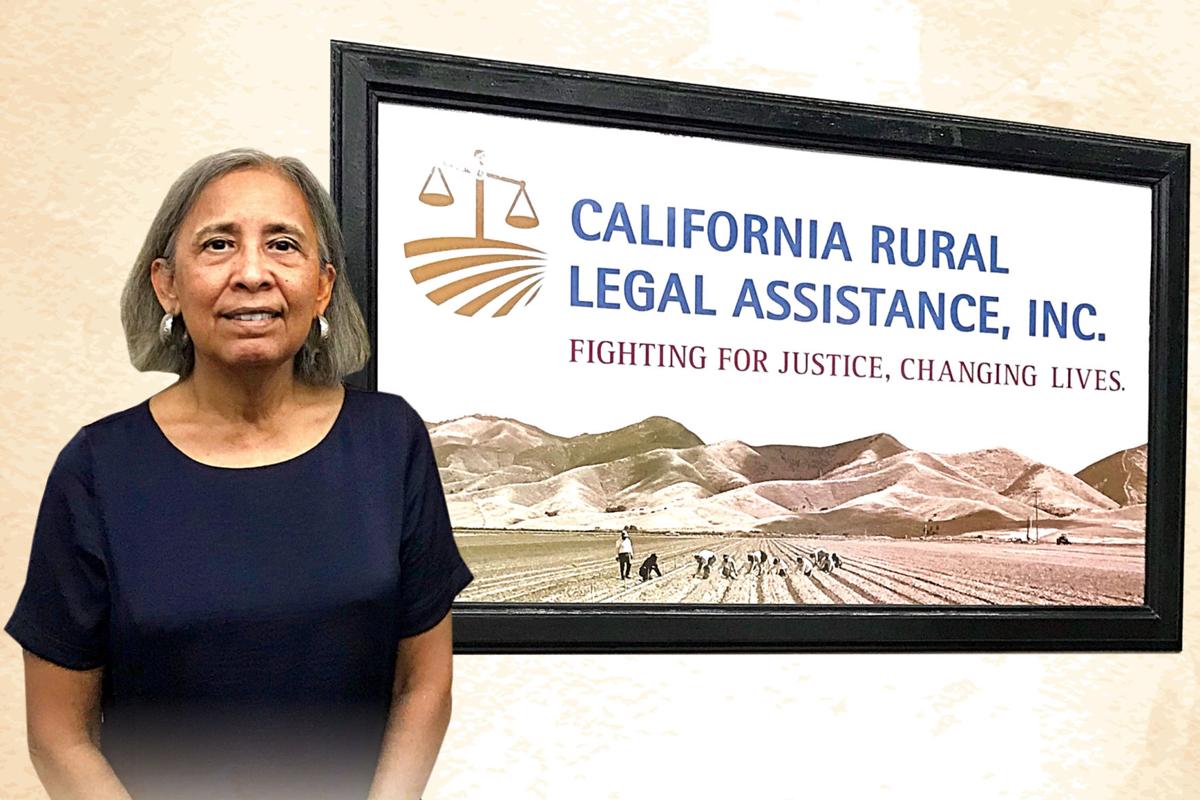 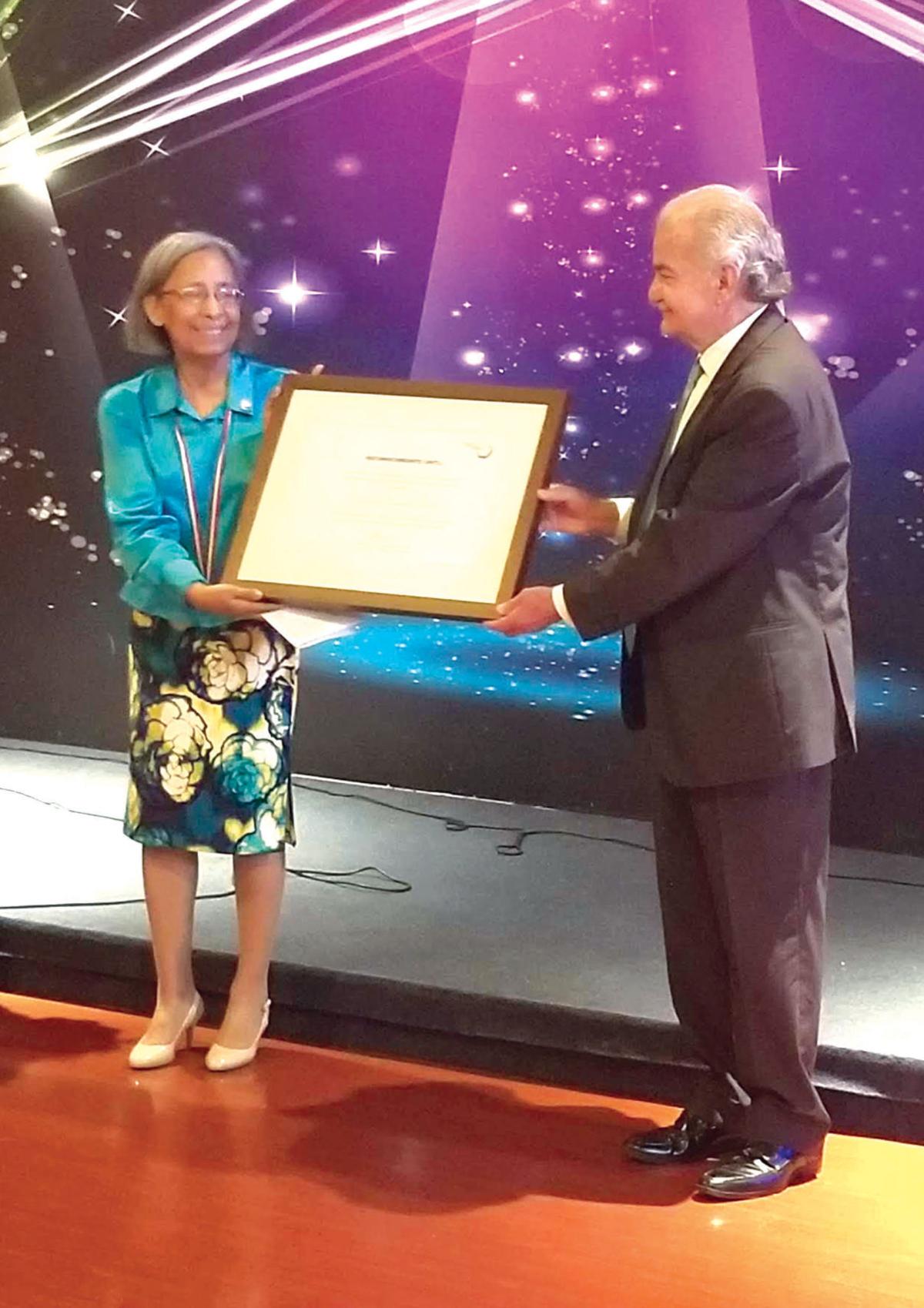 Guadalupe “Lupe” Quintero first learned about how people are exploited within our society while working summers in San Jose with her family picking fruit from fields alongside fellow migrant workers.

“I was a young kid then, but the images I recall of people bent over picking fruit, working, remained with me although I didn’t understand it,” she said.

Shaped by that experience, as well as by her family, community and an innate passion for justice, Quintero has spent much of her life helping the Valley’s most vulnerable populations.

“I’ve strived to improve the community,” said Quintero, director of community workers at California Rural Legal Assistance. “It’s one of the things I always felt was important because I’m from here; this is my home.”

The childhood trips for harvest work in San Jose ended when Quintero’s father was able to land a foreman position at a local alfalfa mill. The job was a blessing for her parents who knew migrant work meant Quintero and her seven siblings often had to start the school year late.

Quintero recalls her parents placed a high value on education for her and her siblings growing up in El Centro. They also instilled a strong sense of compassion for others and a willingness to help regardless of financial circumstances.

“No matter how poor we were, my parents always helped other people,” Quintero said. “I think I learned from them, my first heroes: my parents and my family.”

By the early 1970s, as Quintero was attending Imperial Valley College, her desire to help others and her personal experiences merged during the height of the Chicano movement.

“When I was at IVC, I started to hear about a young organizer, Mexican-American, by the name of Cesar Estrada Chavez, and I knew then,” Quintero said. “I believed in what he was talking about, and I could relate to it being that my family and I had gone through it.”

Looking back at those summers in the fields, Quintero recalled the lack of restrooms and access to water. It was then that it clicked for her. She understood something needed to be done, and she was ready to step up.

“When Cesar Chavez was doing that, I wanted to help. I believed in the cause,” she said.

Quintero began volunteering with CRLA and the United Farm Workers Union. From educational outreach to marching on picket lines, Quintero worked alongside organizers, even eventually meeting her idol, Chavez, as they all worked toward helping farm workers and others.

Quintero recalled the risks many would take to strike, particularly in Coachella Valley during the national grape boycott of the 1960s and the so-called Salad Bowl Strike that followed in the 1970s. The latter was notable for turning into a jurisdictional dispute with the International Brotherhood of Teamsters that lasted through most of the decade. An aggressive and sometimes violent pushback from the Teamsters would often leave protesters beaten.

“It was quite a challenge, and it was very scary because you didn’t know if you’d be beaten up that day or somebody else would,” Quintero said.

In helping the CRLA, one of Quintero’s duties sometimes involved collecting the names of those arrested by the Imperial County Sheriff's department during the strikes. Memories of deputies shoving Quintero with batons and threatening to arrest her as she quickly gathered names especially stood out to her.

“The majority were all women getting arrested, and they would be able to get bail, bond them out and the next day they were back on the picket line,” Quintero said. “It was amazing to see.”

The grape strike ended in 1970 with hundreds of grape growers recognizing the union and agreeing to contracts. The standoff with the Teamsters eventually ended with a long-term jurisdictional agreement in March 1977.

It was victories like these, both big and small, that have inspired Quintero throughout her nearly 50 years of CRLA work.

“It hasn’t been easy. That's the thing that people have to remember,” Quintero said. “It didn’t just happen out of the kindness of some people’s hearts. No, it has been a fight making sure legislatively things happen.”

Although some progress has been made, Quintero maintains CRLA’s work is far from over. Wage theft, housing discrimination, discrimination against members of the LGBTQ community, sexual assault and harassment in the fields, along with providing all children with a quality education are battles still being fought within the community by CRLA.

“People still need to be educated and informed about the rights that they have because so many people do not know their rights,” Quintero said.

Quintero’s passion and success was recognized earlier this year when she received the prestigious Ohtli Award from the Mexican government. She was honored for her years of community service and selfless commitment to helping the Mexican and Mexican-American communities.

“That award is CRLA’s,” Quintero said. “We don’t just have an amazing staff here, but statewide such dedicated people, such tenacity and heart.”

Today, CRLA has a network of 23 offices statewide in rural California cities.

Together they reach more than 42,000 individuals a year through a combination of advocacy strategies and legal services, according to CRLA’s mission statement.

As Quintero and so many others continue to fight for those who can’t, she is hopeful for the future the next generation will carve out and the fights they’ll go on to win.

“This work is still very relevant and important,” Quintero said. “I know it will continue once I move on.”