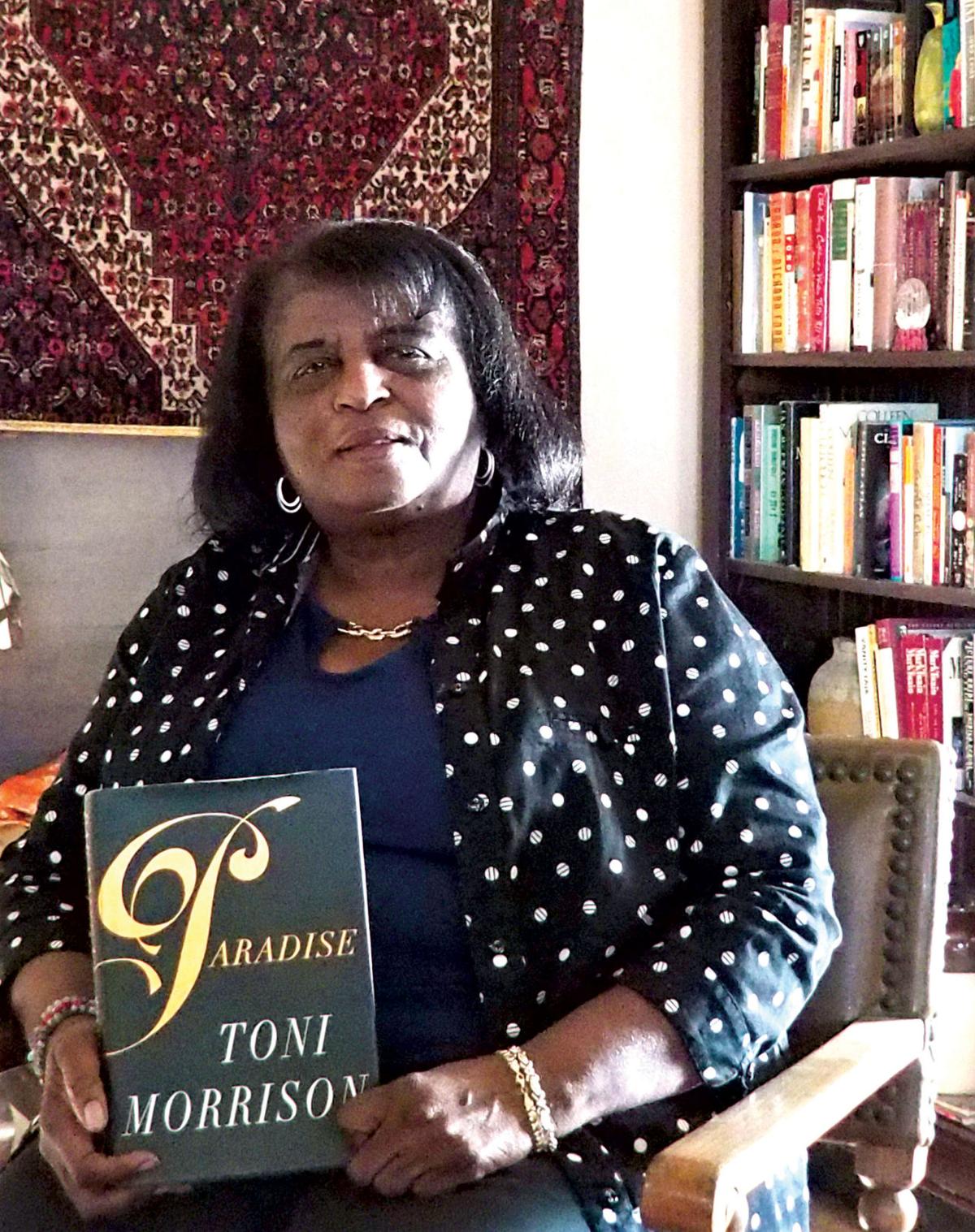 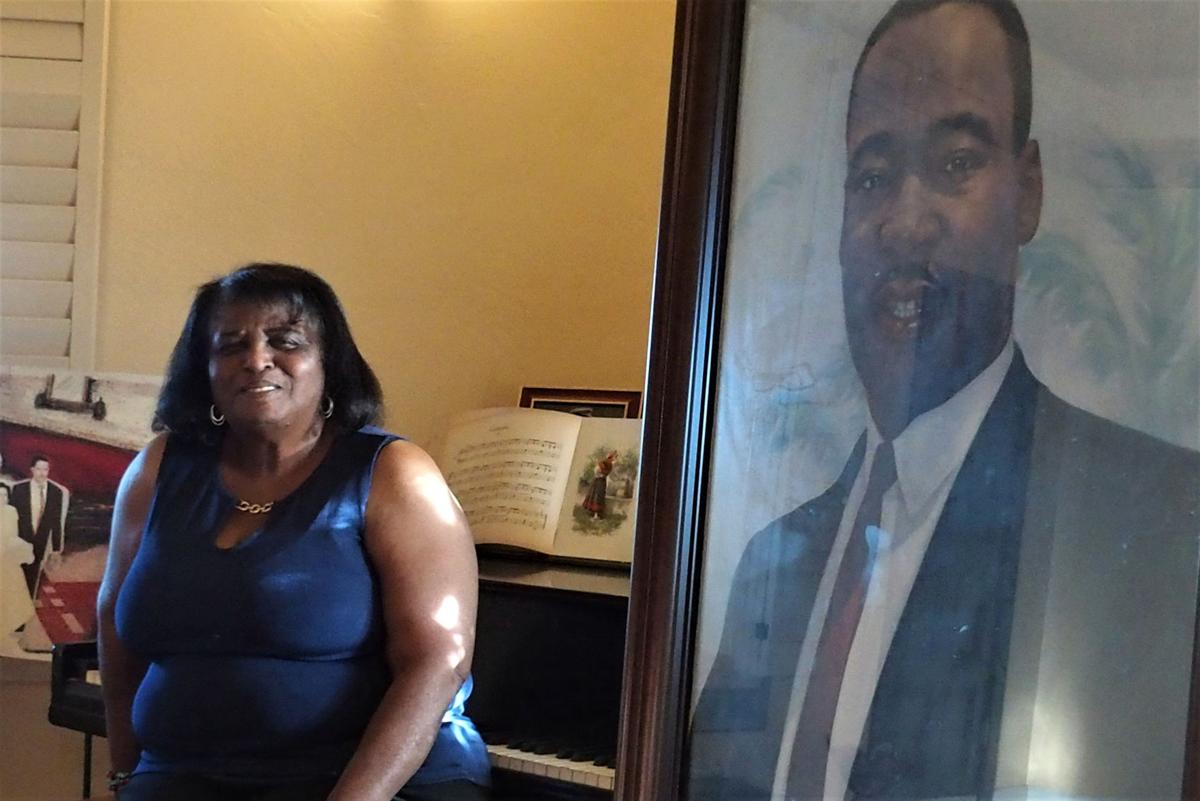 The history, significance and contributions of the African-American community in Imperial County is a complex narrative that is not well known by many in the Valley.

“Without a doubt I know that African-Americans played a major part in the social changes that came about,” Thomas said. “They may not be beneficiaries of those changes, but they played a major role.”

Thomas said she is also certain that any such book would have to include mention of her late mother, Madeline Thomas, who is still fondly remembered by many in the Valley.

Prior to her passing in 1997, Madeline Thomas was a longtime member of the local chapter of the National Association for the Advancement of Colored People, a public school food services manager and church volunteer whose brand of advocacy was rooted in respect for others and leading by example.

“She wasn’t really trying to effect change or do anything different, she was just trying to be herself,” Marlene Thomas said. “She was a quiet warrior.”

Admittedly, Thomas’ own style of community advocacy had initially differed greatly from her late mother’s, but through the years, it was tempered by her mother’s courteous manner and the results it produced.

“I’ve been a community activist my whole life basically, but I really learned service and respect for humanity from my mother,” Thomas said. “My mother is probably the one who should be interviewed (for this story).”

Her efforts also earned her a mention in the Congressional Record in June 1984.

Equally impressive is Marlene Thomas’ past and present involvement with various community organizations and initiatives.

She was instrumental in helping the Imperial Valley Association of Governments initiate the first countywide public transportation system in the 1980s.

During the 1990s, she was part of Johnson Chapel African Methodist Episcopal Church’s effort to provide computer-based job training to locals, through its Johnson Educational Institute.

She had also banded together with other conscientious individuals to found the Martin Luther King Jr. Commemorative Committee more than 20 years ago.

Some 1,200 names have been added to local precincts over the past several years, thanks to local voter registration drives Thomas helped host in partnership with the National Voter Registration Day campaign.

More recently, Thomas was a founding member of the Imperial Valley Social Justice Committee, which has been taking a particular interest in criminal justice and immigration issues since its founding about five years ago.

Both Marlene and her mother also have the distinction of being recognized, at different times, by WomanHaven, A Center for Family Solutions, for their community efforts.

“I believe in service and was raised in a family that believed in service to all,” Thomas said. “And we do this without asking for anything back.”

Thomas’ remarks about serving the public without any expectation of gratitude were made on Jan. 12, during the MLK Commemorative Committee’s annual Stone of Hope award ceremony, which recognizes local residents whose efforts embody the principles and philosophies of Dr. Martin Luther King Jr.

That day, the committee recognized nine locals for their noble efforts, and even surprised Thomas with its Stone of Hope Legacy Award.

“Marlene has been on the front lines of social justice,” committee member Dilda McFadden said during his presentation of the award to Thomas. “When you look at all of the different human rights campaigns, Marlene was there.”

Thomas is the first recipient of the MLK committee’s legacy award.

Interestingly enough, Thomas said her activist streak was greatly influenced by the efforts of Mexican Americans in Calexico during the 1970s, after she returned from living and working on the East Coast to work as a planner with the nonprofit Calexico Community Action Council.

At that time, the CCAC was promoting and managing housing and economic development projects within the city, including the Kennedy Gardens housing subdivision, as well as a job incubator program housed at the Calexico Industrial Park, Thomas said.

Many of the individuals who had influenced Thomas’ activism during that era were people who didn’t necessarily have fancy titles or degrees but who fought to improve the quality of life for vulnerable members of the community.

“Contrary to popular belief, my activist training came from the Chicanos in Calexico and not from black Americans,” she said. “They had the commitment, the passion and the determination to make a change. And I was fortunate to be there with them.”

Despite her close ties to Calexico, Thomas has been a resident of El Centro for about the past 20 years.

El Centro was where she chose to establish her restaurant, The Southern Platter, where patrons could enjoy some authentic Southern barbecue and staples such as corn bread, collard greens and live jazz music.

The restaurant and its menu were something of a rarity in the Valley when it opened in 1996, until its closure about two years later as the result of a fire.

“It was just a whim,” Thomas said as a way to explain her motivation to open such an eatery. “It was before its time.”

Equally fond memories are stirred up when Thomas recalls how El Centro’s east side was also home to a large segment of the Valley’s African-American community.

That once-vibrant community was characterized by the presence of numerous service clubs as well as a small community pool that offered an alternative to The Plunge, the large community aquatic center that blacks were restricted from using, she said.

Despite the underlying segregation that imposed such a social order, living in the city’s east side during that era had its upside, including high rates of home ownership among black families, Thomas said.

Aside from being a source of nostalgia for Thomas, such details are also another reason she wants to continue to raise awareness about the history of Valley’s African-American community, whether through informal conversation or a formal book project.

“It’s important to know how it was back then,” she said.

Staff Writer Julio Morales can be reached at jmorales@ivpressonline.com or 760-337-3415.

This is a great article. Marlene has been a personal inspiration to me by giving me so much guidance as a child and teaching me it's not about the material things in life but how we raise up the people around us. We can not build a strong society without being strong ourselves. She is the conscience I have deep inside me when I come to crossroads in life. Marlene has been an amazing example not just because she is a strong black woman but because she in an honourable one.

Mainly clear early, then a few clouds later on. Low around 45F. Winds light and variable.