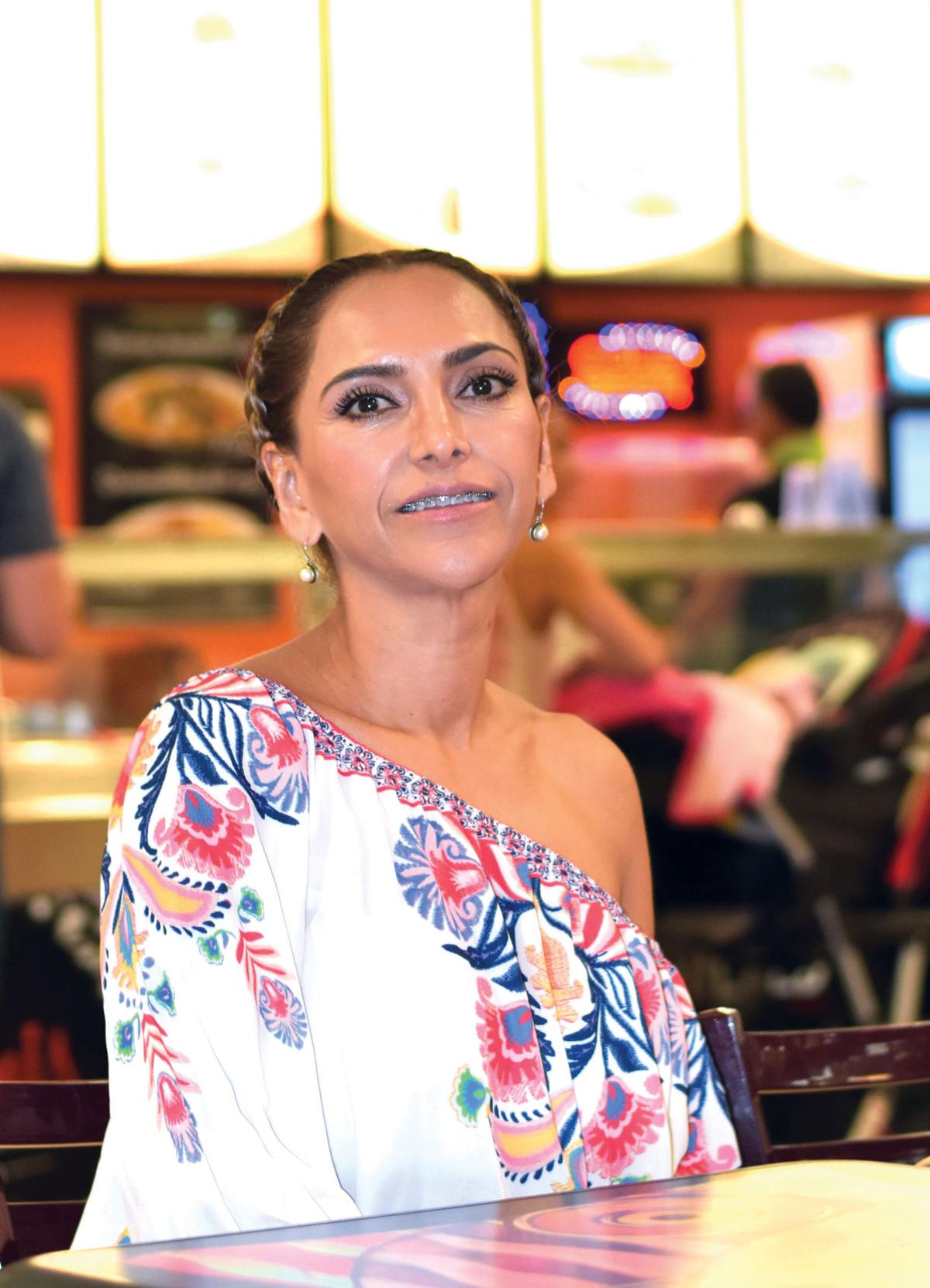 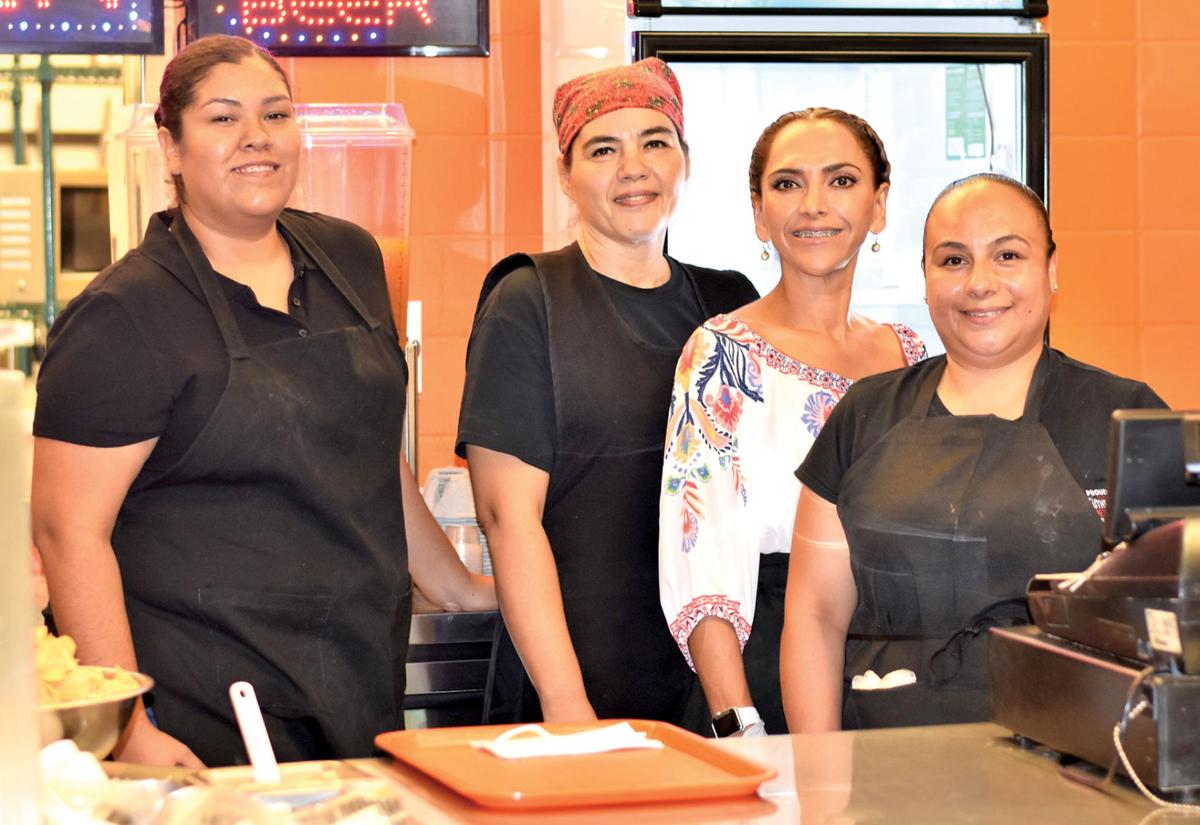 Despite negative connotations to the contrary, Mexican food can be nutritious as well as delicious, said Norma Munoz, proprietor of Mami’s Flavor Mexican Cuisine.

“Mexican food can be very healthy,” Munoz told Valley Women during a recent interview in front of her restaurant, located in the food court of Imperial Valley Mall, 3451 S. Dogwood Road.

“We can use a lot of vegetables, a lot of spices,” instead of unhealthy fats or gobs of cheese, she said.

The key is using natural ingredients teeming with flavor to add a satisfying dimension to the dishes, a notion which throws Tex-Mex, or Americanized Mexican food, right out the window.

For Munoz, a former practicing mental health therapist and native of Mexicali, nourishing food is an essential component in the overall health of the individual.

“One of the goals that I have now is [to connect] emotional well-being through food,” she said, adding that although she no longer practices as a mental health therapist, she still provides therapy of a different sort.

Munoz said she did not trade “being a therapist for selling tacos. It is part of the work that I need to do to be what I want to be.”

Sedano had operated a food truck in the Mexicali area when Munoz was a youngster, and some of the recipes at Mami’s originated from her mother, Munoz said.

Since Mami’s is located in the fast-paced environment of a food court, the food must be ready much more quickly than in a traditional sit-down Mexican restaurant, Munoz said.

“Especially in a mall, a lot of our clients have a 10-minute break or 30 minutes’ break,” she said. “It is not possible to make food like at a regular restaurant where you have to wait 10 or 20 minutes for the food.”

Munoz said her staff is trained to serve food to customers in about five minutes in optimal conditions.

“Sometimes it is a little more because we have a line, but if there is no line we don’t have a reason to wait more than five minutes to serve,” she said. “It is very fast.”

And although fast, the food is still of a sit-down restaurant quality, Munoz said, something that is maintained by fastidious amounts of advanced preparation.

“We start at 6 a.m. every morning, and we open at 10 a.m.,” she said. “Four hours to cook, and … four hours to prepare the vegetables, which is cabbage, lettuce, salsa and lemons.”

Munoz is not one to stand around and watch. She often can be found in the kitchen among her staff of about 12 employees with her sleeves rolled up past her elbows chopping, mixing and preparing her homemade cuisine.

When she is not cooking, Munoz spends at least six days a week — each a 12-hour work day — in her office.

“There is a lot of work, believe me,” she said with a knowing smile.

Munoz doesn’t mind the hard work and long hours though.

“I love this, which is not healthy,” she said. “It is not recommended for a business. You have to have the mind in the business, not the heart. I have both.”

And the hard work is necessary in Munoz’s pursuit of the American dream, she said, adding that she is a naturalized citizen.

Over the summer, Munoz launched a new “super foods” line of cuisine, she said, which includes quinoa, Couscous, tofu and hummus prepared with a Mexican twist.

Munoz recommends pairing the super foods with the restaurant’s signature dish — barbacoa — and agua de jamaica, horchata or fresh-squeezed lemonade. The drinks continue on in the healthy vein because they are sweetened with only stevia and raw brown cane sugar instead of processed table sugar, Munoz said.

The plates are finished off with flour or corn tortillas, Munoz said.

“We make the corn tortillas and the flour tortillas from scratch,” she said. “Everything is handmade. It means that you can take a … meat plate without carbs or with a little carbs. It is very healthy.”

Munoz said she encourages her staff to taste the food they are preparing to make sure it is up to her carefully established standards.

“Every time I am here I eat what is in the line,” she said. “I always taste my food. I always tell the team, ‘try it, try it,’ because even if we made that with our recipe, it doesn’t mean that we don’t forget something. We must try it.”

Munoz hopes this mantra will help her begin the process of opening new Mami’s franchises in the future.

For Munoz, such a success would be the ultimate fruition of her American dream, something she said she has worked tirelessly to do the right way.

“I came to the United States with the idea that I was going to follow the rules because I love to do that,” she said. “I have some obsessive-compulsive disorder. I feel totally Mexican-American. I fight for my values as a Mexican, and I fight for my values as an American. It comes together. If we are living here, why don’t we study English? Why don’t we make a career here?”

And although she can be considered a success story now, Munoz won’t rest until she finds personal satisfaction.

“I want to make big change for me, for my family [and] for my team,” she said.

Munoz’s husband, Renee Arvizo, an architect by trade, often lends a helping hand around the restaurant, and fronted the capital necessary to launch the restaurant in 2010.

Sunshine and some clouds. High 81F. Winds light and variable.